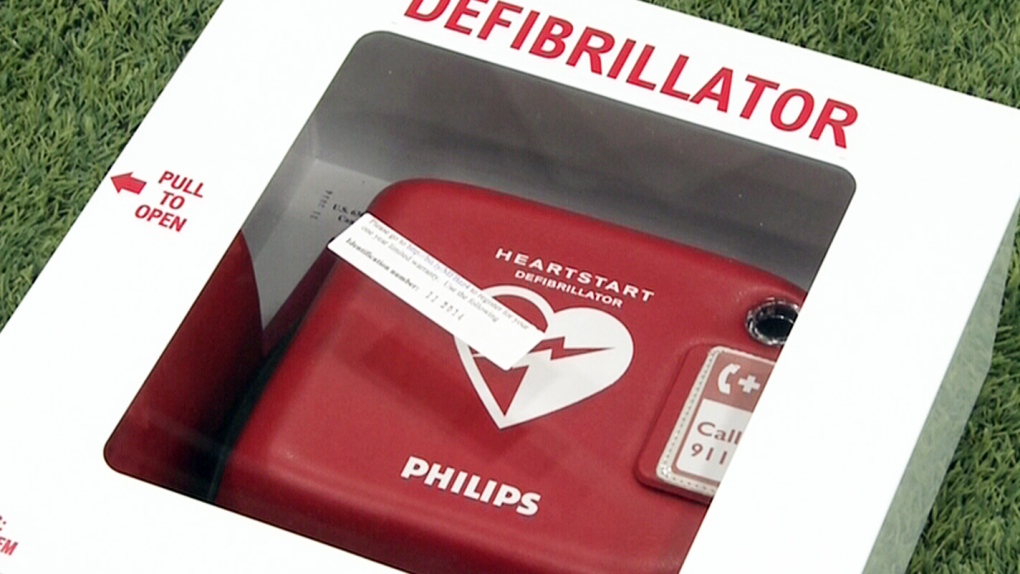 A AED is pictured in this photo.

SASKATOON -- The actions of an off-duty Saskatoon paramedic while on a family trip in Alberta are being credited with saving a man's life.

When Mitchell Ehr and his family were visiting the Royal Alberta Museum (RAM) in Edmonton, a man went into cardiac arrest, Medavie Health Services (MHS) said in a news release.

Ehr along with a RAM employee leapt into action starting CPR on the man. Meanwhile, an automated external defibrillator (AED) kept on-site was brought to the scene.

"He was having ineffective breathing and was turning purple and you could tell that there was definitely a bit of an emergency happening," he said.

Ehr used the AED to deliver a shock to the man while beginning another round of chest compressions. The man opened his eyes and began breathing.

"My deepest thanks to off-duty paramedic Mitchell Ehr, and RAM employee Brandon Nadeau who acted quickly to put their training into action. Their rapid response may have meant the difference between life and death," the museum's executive director Chris Robinson said in the release.

Because of his actions, MHS plans to honour Ehr with an award later this year.