'Is this for me?': How a community lifted the spirits of a five-year-old girl who survived a triple homicide

PRINCE ALBERT -- After 51 days spent in hospital and eight surgeries, Kendrah was treated to a parade when she returned home to Prince Albert.

"She asked me 'Papa, is this for me?' and I go 'Yes Kendrah, it's all for you,'" the five-year-old's grandfather Corey Ferchoff said Tuesday evening.

The girl was airlifted to an Edmonton hospital on March 29 after she was found by police seriously injured at the scene of a triple homicide that claimed the life of her older brother Bentlee, who was seven, and her grandparents Denis Carrier and Sandra Henry, both 56.

Her father, 28-year-old Nathaniel Kenneth Carrier, is charged in their deaths. Carrier also faces an attempted murder charge for the harm done to his daughter.

“We haven’t focused on the loss, we focused on the future. It’s been hard but she’s been our rock. She’s one tough cookie,” Kendrah's grandmother Rhonda Ferchoff said during an interview with CTV News. 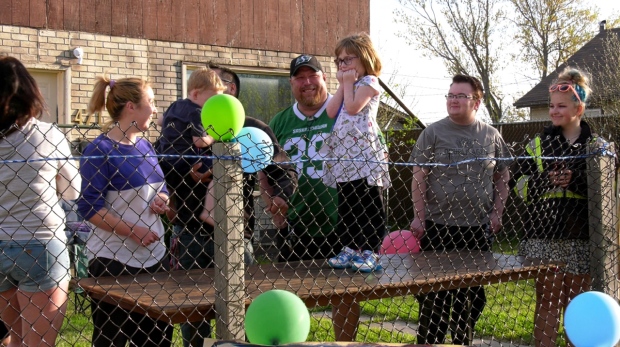 A parade of police, paramedics, firefighters, family and friends helped welcome Kendrah when she arrived home in Prince Albert on Tuesday after her release from hospital in Saskatoon, where she was transferred after her condition improved.

“It was a long haul but she had come a long way within the first two weeks. She was up and running by day 10," Kendrah's mother Heather-Lynn Sumner said.

Sumner said life at home without Bentlee will be an adjustment for the family. 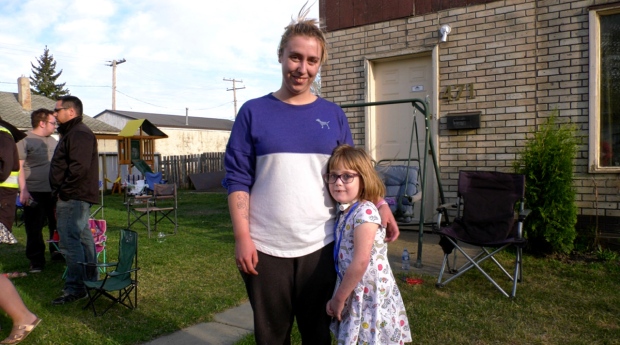 “It's still surreal because Bentlee's not here, but it feels so good to bring her home,” Sumner said.

Due to her injuries, Kendrah must rely on a feeding tube to eat and her grandmother says she isn't able to talk much.

“(The doctors) do have a hope that she will be back to normal, but who knows what that’s going to look like. She is doing a little bit of talking but the idea of eating again, we don’t know,” she said.

Prince Albert Police Service Const. Michael Norrie was in the parade and shared a hug with Kendrah. 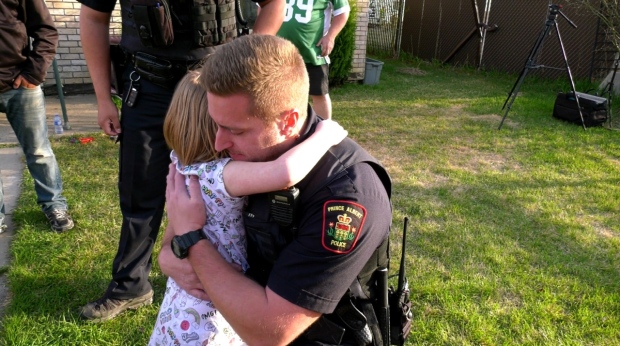 “It's such an overwhelming feeling, it's hard to even describe it. It's just such a miracle that she's alive and she's doing well,” said Norrie.

Chrissy Halliday was one of the family’s friends in the parade and said she remembers holding Kendrah when she was a baby.

“I wanted to make sure that she knows that we’re all rooting for her,” said Halliday.

'He put everyone first'

A memorial is also being planned for Bentlee at a later date.

“Bentlee really loved his action figures. He loved Marvel comics. He was a big hero fan and he was my biggest superhero,” his grandfather Corey Ferchoff said.

He said he could tell that even at his young age Bentlee was a "very selfless person."

“He put everyone else first," he said

Several online fundraisers have been set up for the family.

A GoFundMe page set up specifically to assist the mother of the children raised approximately $16,000 to help cover expenses related to Kendrah's out-of-town hospital care. The family has since taken it down.

--With files from Josh Lynn