In a historic first for team, female player to suit up for Saskatoon's elite Hilltops junior football squad 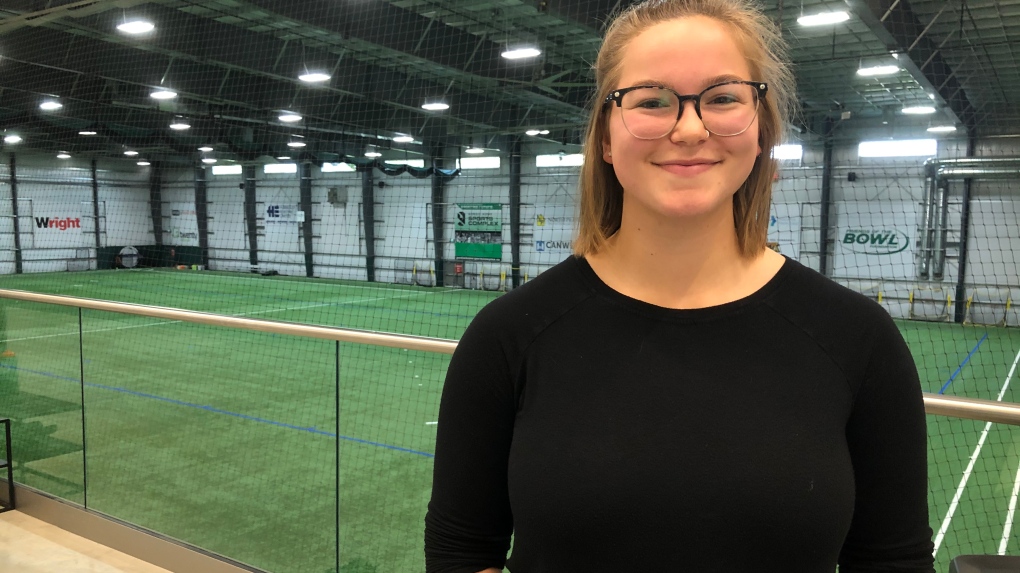 SASKATOON -- Athletics and sports have always been a big part of Emmarae Dale’s life, even dictating her career, with a degree in kinesiology from the University of Saskatchewan.

Now she’s doing something new, something no woman has ever done before, by playing for the Saskatoon Hilltops.

“It’s one thing to just get on the team, on the roster itself, but to actually be in contention to be on the field and play is very surreal,” said Dale, who’s already got a pair of practices with the team under her belt.

“I honestly just feel like I'm dreaming most of the time, because I just feel happy, but yeah it's overwhelming for sure. It's a little shocking but yeah, not something I don't think that I can't handle.” 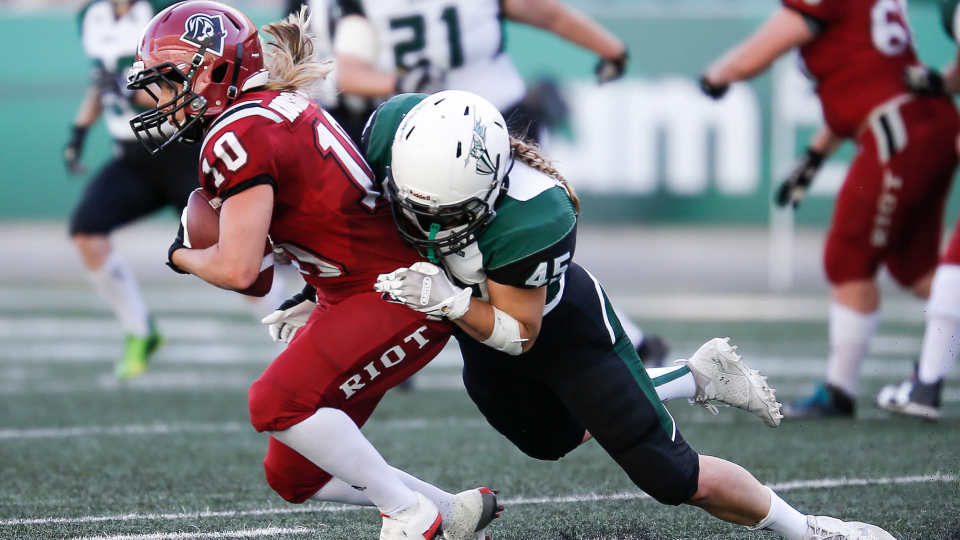 A photo provided by the Saskatoon Hilltops shows linebacker Emmarae Dale in mid-tackle.

Dale says making the roster of the most decorated junior football club in Canada—the Hilltops have won 22 national championships — is a validation of her athleticism and skills as a player.

“Just in terms of that I have come a far away as a football player, and the work that I've put in over the years is now starting to finally pay off,” she said, attributing her game to the Saskatoon Valkyries of the Western Women’s Canadian Football League, where she played as a linebacker.

“Having four years of Valk’s under my belt definitely just, I think helped me. It's a good program, it's not like it's just a rec league or anything, it's an elite program, and I think that really set me up for success coming on to Hilltops.”

It was her former head coach with the Valkyries, Jeff Yausie, who also happens to be the defensive coordinator and linebackers’ coach for the Hilltops, who first floated the idea to her back in February.

“(He) kind of casually said, ‘Hey you should play with us’, and I didn't actually think he was talking about Hilltops at first,” Dale recalled. “That was such an abstract thought to me, it wasn't even something on my radar at all.

“From that conversation, it turned into him talking to the board about what they think about it, and they were on board, (Hilltops head coach Tom Sargeant) was behind it as well.”

Dale says she hopes blazing this trail with the Hilltops can be an inspiration for other female athletes.

“I really have to thank all the women [who] went before me, who've done something that kind of almost gave me the courage to do this,” she said.

Dale’s older brother Donovan played for the Hilltops before suiting up for the UBC Thunderbirds and Saskatchewan Huskies and says her parents are “excited to be Hilltops parents again.”

“Pulling out the Hilltops jackets again and everything yeah, they’re just really proud,” he said.

“I've had a lot of people in my corner, and giving me a lot of good support and positive feedback and energy,” Dale said, before adding that she understands not everyone may be as accepting of a woman lining up next to men on the football field.

Dale says she would have participated in practices with the team back in the spring, but the COVID-19 pandemic put stop to that, nearly costing the 22-year-old the opportunity all together.

2020 would have been her final year of eligibility to play junior football, but earlier this month the Canadian Junior Football League extended the eligibility of players born in 1998 for an additional season.