SASKATOON -- A woman whose home is believed to be the target of arson says she and her daughter have lost everything.

Cyr and her seven-year-old daughter were renting the house at 332 Avenue J South for the last two-and-a-half years.

She said she discovered there had been a fire when she got home Monday night.

Cyr was in Calgary for a week to attend the funeral of a close family member and never expected to find her house boarded up. 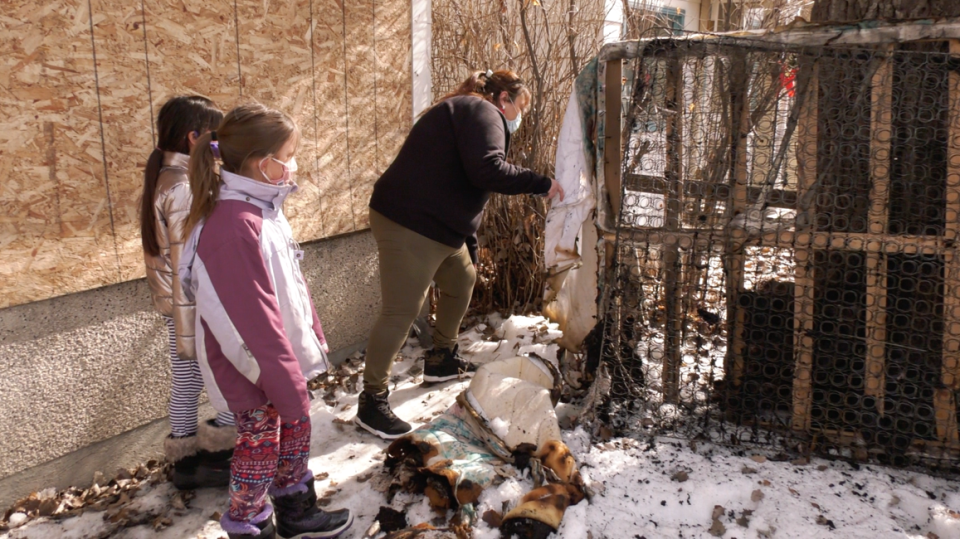 “My cousin, he was like a brother to me, passed away and I had to deal with that and then come back here and have to deal with this and that was really hard and very upsetting,” she told CTV News.

The fire broke out just before 6:30 Sunday evening.

Firefighters encountered heavy smoke inside but were able to get the fire under control in roughly 20 minutes, according to the Saskatoon Fire Department.

Through a joint investigation, police and fire investigators determined the fire was intentionally set, the Saskatoon Police Service (SPS) said.

A 32-year-old Saskatoon man was arrested on Monday and charged with arson.

Cyr said she doesn’t know who would’ve done this.

“I don’t bother people, I don’t think I have any enemies here. I don’t know why somebody would do that.”

The Saskatoon Fire Department said the blaze caused about $100,000 in damage.

Cyr said she didn’t have tenant insurance because she didn’t know she needed it and wasn’t able to salvage any of their belongings in the fire.

“I have four daughters and I have all of their birth stuff like the baby books and the first locks of hair and you know all the dates written down and everything and it’s all gone,” she said.

“I’m already grieving from the loss of a family member, now to grieve for my possessions, my family mementos. I can’t ever get those two things back.”

SPS said it typically sees an increase in fires during the spring, when the weather warms.

Assistant Fire Chief Yvonne Raymer said there are some things people can do to protect themselves and their property.

“Maintain your properties in a safe manner. Don’t become sort of a crime of opportunity by having junk and garbage collecting around your structures, you know, keeping dumpsters away from any opportunity to be lit on fire, and just be that real eyes on the ground and if you’re seeing anybody suspicious, report it,” Raymer said.

Cyr has been staying at a hotel for the past week but doesn’t know where she’ll go next.

She said she is looking at staying at a local shelter until she can find a permanent place to stay, but has concerns because of COVID-19.

“I don’t want to put myself in any dangerous situations, any group settings. So I’ll try and see what the best option is. I have to take what I can get but I’m trying to be as safe as I can,” she said.

Cyr, whose family doesn’t live in Saskatoon, said her family came to town to help her out.

A GoFundMe page has been set up to help Cyr and her daughter get back on their feet.