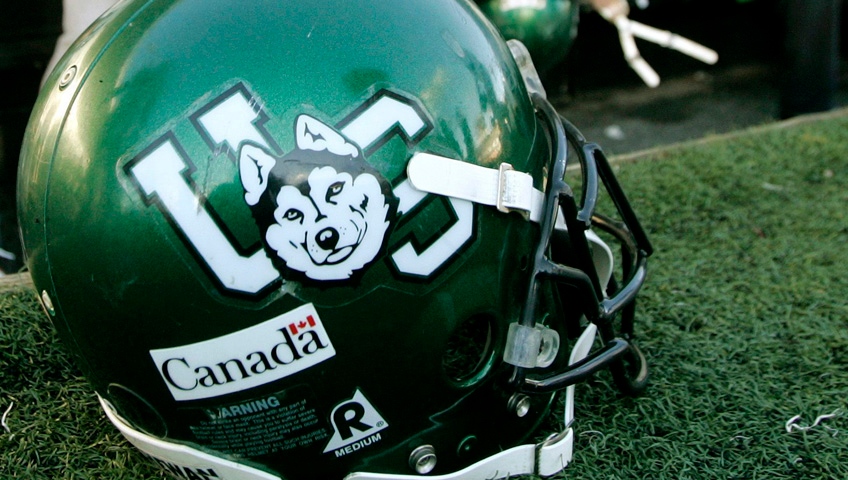 The U of S Huskies football team is off to the Vanier Cup after a 14-10 thrilling win over the Montreal Carabins in the Uteck Bowl.

The game came down to the final seconds in a defensive struggle that lasted most of the contest.

In the first quarter, after the Huskies scored a single point, Montreal went ahead when Michael Arpin made a field goal from 23 yards out, giving the Carabins a 3-1 lead.

With both offenses struggling, the Carabins led 4-1 heading into the second half.

Early in the third quarter, Arpin made another field goal to expand Montreal’s lead to 7-1.

The Montreal defence shutdown the Huskies until late in the third quarter when Saskatchewan drove down to the Carabins nine-yard line.

On the first play of the fourth quarter, Mason Nyhus threw a pass to Adam Machart who carried the ball into the end zone for the games first touchdown.

But the Huskies would fail on the two-point conversion attempt, leaving Montreal with a 9-7 lead.

Down 10-7 in the 4th quarter, the Huskies had chance to tie it, but David Solie would miss his second field goal attempt of the game.

However, the defence would stop the Carabins with two minutes left to setup one last drive for Saskatchewan.

Nyhus would engineer a 70-yard drive to put the Huskies on the Carabins 13 yard line with 11 seconds to go. That is when Machart would zigzag into the end zone to pull the Huskies ahead.

Montreal would try a long pass on the final play of the game, but the Huskies forced the receiver out of bounds to seal the 14-10 win.

With the victory, the Huskies now head to the Vanier Cup for the first time since 2006. They will take on the Western Mustangs, who defeated St. Francis Xavier 61-6.