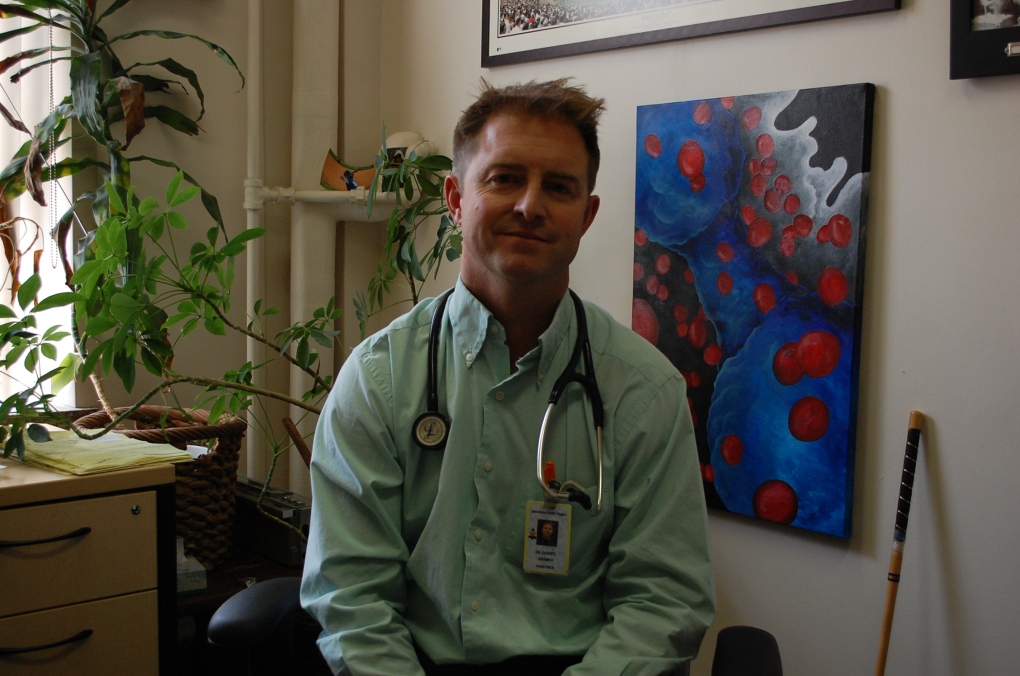 Dr. Darryl Adamko is one of four researchers from the University of Saskatchewan to receive a federal research grant for medical innovation,

Four health researchers from the University of Saskatchewan have been awarded $100,000 each, courtesy Grand Challenges Canada. This grant money was awarded with the hope of making their innovations in the health care field a reality, especially in the developing world.

The ideas that were awarded include a low-cost piece of medical equipment which can pre-diagnose heart disease with portable sensors and a laptop computer. Developer Anh Dinh from the College of Engineering said his device will deliver the data available at a doctor’s office at a fraction of the cost.

Also from the College of Engineering, Khan Wahid is working on a video endoscopy capsule that should improve physician’s ability to diagnose such digestive disorders as Crohn’s disease, as well as diseases like colon cancer.

Nazeem Muhajarine from the Department of Community Health and Epidemiology at the College of Medicine is teaming up with a researcher in Vietnam to harness the power of cell phones. Their hope is to give patients better access to their personal medical records via text messaging. This idea is geared toward migrant workers, particularly women in Vietnam.

”There are 90 million people in Vietnam, and there are 112 million cell phones registered. So from the factory floor worker, all the way up to the executive of a company, people have cell phones,” explained Muhajarine. “We are going to tap into this tool and deliver a customized, tailored health information messages to women who need it.”

“We thought about blood, we thought about sputum samples,” said Adamko. “You could use a lung biopsy on people, but that’s very invasive. So we thought, ‘why not just design something you could get off of a urine test?’”

Grand Challenges Canada is funded by the federal government, and awards grants to individuals from around the world that pursue imaginative ideas to deal with health problems in low and middle income countries, as well as in Canada.