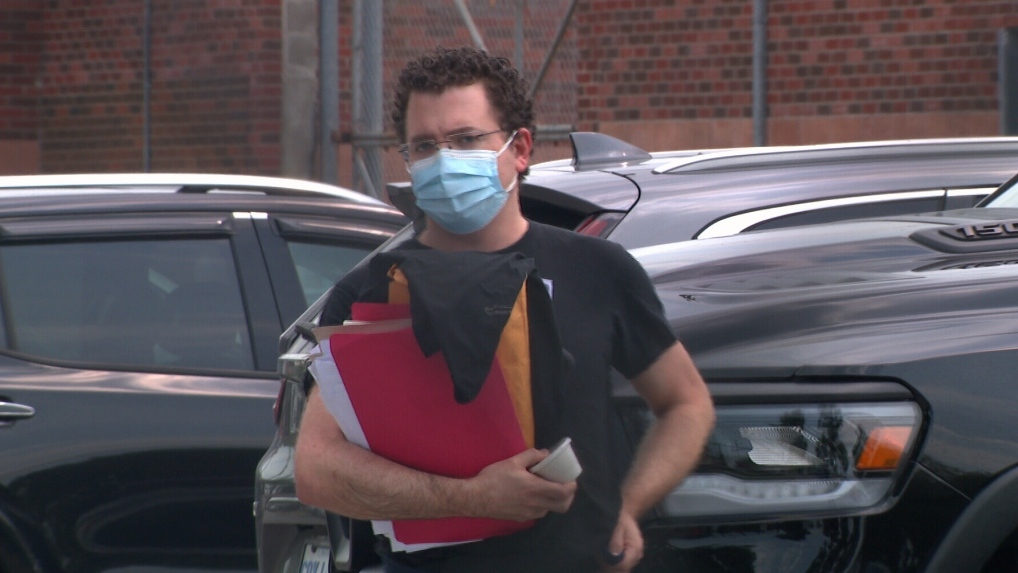 Dr. Brian Nadler, 35, has been charged with first-degree murder in connection with the death of an 89-year-old Quebec man at the hospital in Hawkesbury, Ont.

Dr. Brian Nadler, who went on to practice Ontario, was initially charged with first-degree murder last year in the death of 89-year-old Albert Poidinger at the Hawkesbury and District General Hospital.

Police laid three additional charges of first-degree murder against him on Wednesday, in the deaths of 80-year-old Claire Briere, 79-year-old Lorraine Lalande and 93-year-old Judith Lungulescu.

Court documents allege Poidinger was killed on March 25, 2021, and the three others "on or about" that date.

Nadler's medical licence was suspended by the College of Physicians and Surgeons of Ontario days after he was charged on March 26.

Nadler was found guilty of unprofessional conduct while practicing at St. Paul's Hospital in Saskatoon in 2018.

After a verbal altercation with another physician, he referred to that physician as a "b---h" in discussion with a senior resident, according to the College of Physicians and Surgeons of Saskatchewan.

He also told the resident that during the altercation with that doctor, he "felt like slapping her."

Nadler also added a reference to a medical record without noting the date and time.

The matter was resolved when Nadler agreed to take courses in "professional ethics and medical record-keeping" and to write a letter of apology, the college's website said.

He became a member of the Ontario College of Physicians and Surgeons in February 2020.

Nadler's lawyers have said their client maintains his innocence.

In a statement issued Wednesday, they said Nadler provided "excellent palliative care" to the four patients, who they said died from COVID-19.

The case is set to return to court on Sept. 7.

--With files from The Canadian Press.

As post-tropical storm Fiona walloped Atlantic Canada on Saturday, Prime Minister Justin Trudeau announced that the federal government will deploy the Canadian Armed Forces and match any donations to the Canadian Red Cross.

Over 400,000 Maritimers still without power in Fiona's wake

Strong winds and heavy rainfall from Fiona have left over 400,000 Maritimers without power, as of midnight Sunday.

The town of Port aux Basques in Newfoundland is under a state of emergency as first responders cope with electrical fires, residential flooding, and washouts due to post-tropical storm Fiona.

North Korea on Sunday fired a short-range ballistic missile toward its eastern seas, extending a provocative streak in weapons testing as a U.S. aircraft carrier visits South Korea for joint military exercises in response to the North's growing nuclear threat.