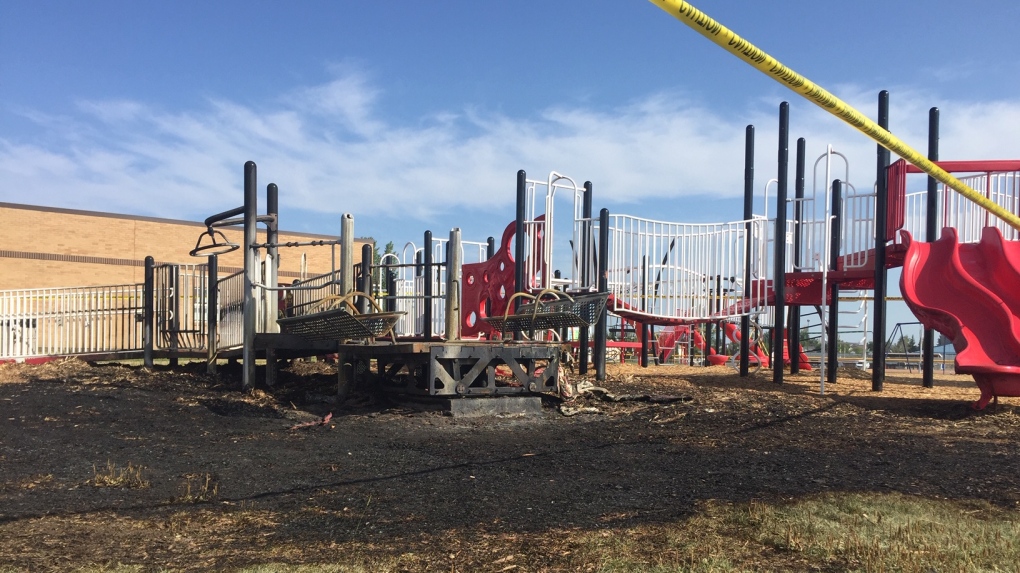 The Prince Albert Fire Department responded to a call at 5:45 p.m. east of the school. A fire at the playground was extinguished.

Fire investigators, police and school division representatives were surveying the scene and say the fire likely started in the wood chips beneath the playground structure.

No one was hurt, according to school division director of education Robert Bratvold in a media release.

A major portion the of a wheelchair accessible equipment at the playground was damaged by the blaze.

According to the fire department, Prince Albert police will access video surveillance footage from cameras near the playground.

The cause of the fire hasn’t been determined.