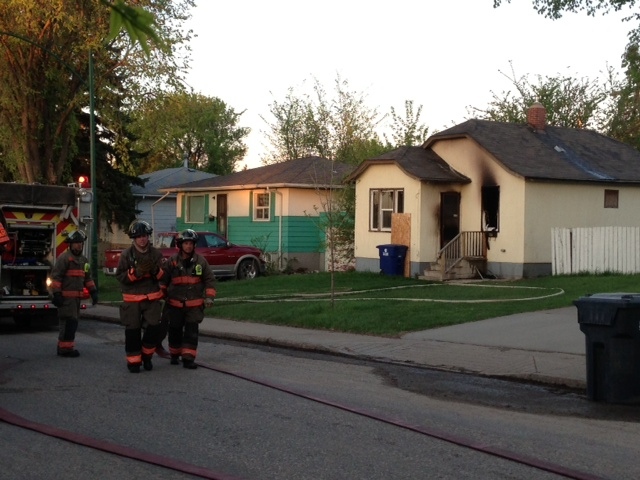 Firefighters were called shortly after 4 a.m. Thursday to a fire at a home in the 400 block of Avenue Q South.

A fire that damaged a house early Thursday morning is being called suspicious after it was the second blaze within a week at that address.

Saskatoon firefighters were called out shortly after 4:15 a.m. Thursday to a fire at 417 Ave. Q South.

Crews had to deal with flames and thick smoke upon their arrival but were able to bring the fire under control within 10 minutes, Saskatoon Fire and Protective Services said in a news release.

No one was found during a search of the house, which appeared to be vacant and had been boarded up as a result of a previous fire earlier in the week.

The cause of the latest fire is under investigation. A damage estimate was not available.