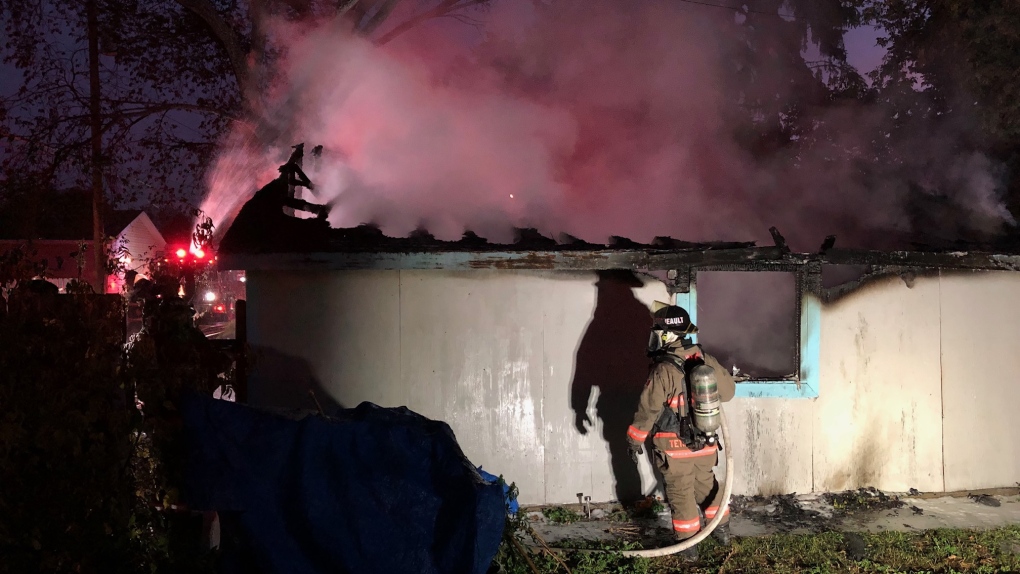 The Saskatoon Fire Department was were busy battling an early morning garage fire in the 1700 block of Avenue B north, just west of Idylwyld.

They were called to the scene just before 6 a.m., with reports of a garage fully engulfed in flames. The fire had spread to trees, and damaged a power line.

At least one vehicle was inside the garage at the time of the fire. Neighboring garages also suffered damage, with melted siding due to the heat.

There are no injuries to report. The cause of the fire is under investigation.