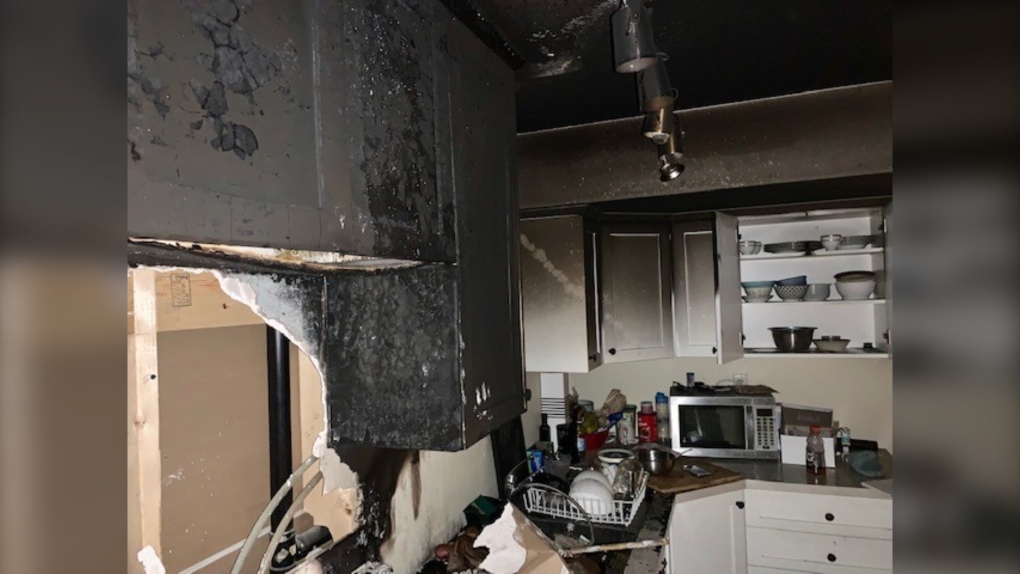 Saskatoon fire crews responded to a basement suite fire in the 1600 block of Prince of Wales Avenue. (Saskatoon Fire Department)

Unattended cooking resulted in a fire that caused $20,000 in damage to a basement suite, Saskatoon’s Fire Department (SFD) says.

Three fire engines, one ladder truck, one rescue unit and the battalion chief were dispatched, according to an SFD news release.

Upon their arrival, crews noticed smoke and found one person inside looking for their pet, the release said. The individual was removed from the suite by fire crews.

A small fire was located in the basement suite on the stove, the SFD said.

The fire investigators deemed the cause to be accidental and estimated damage at $20,000.

SFD said that smoke alarms had alerted residents to the fire.

There were no injuries reported from the incident.