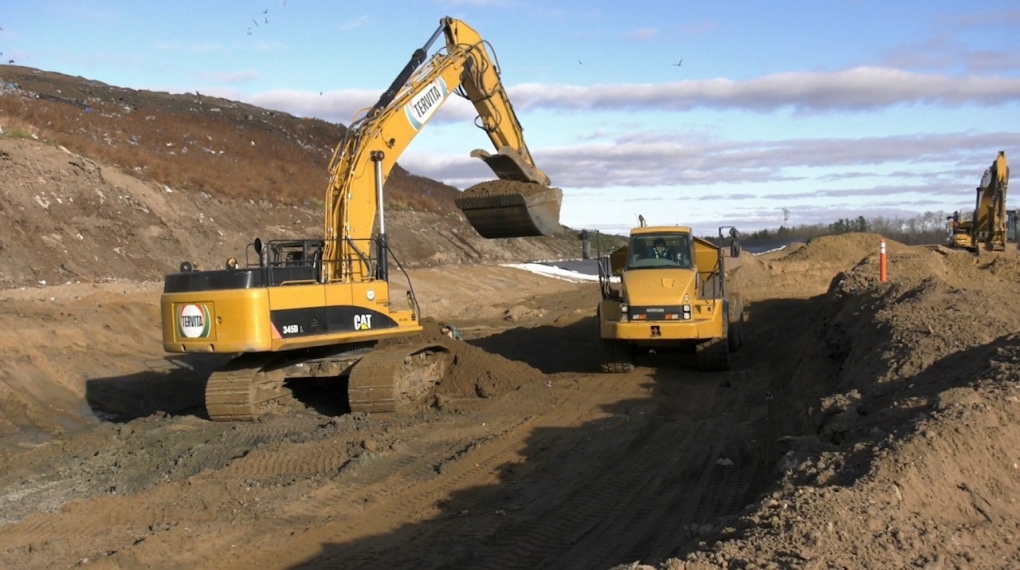 The City of Prince Albert is working to repair pipes under the city’s landfill after liquids from decomposing garbage were found leaking in the soil. (Lisa Risom/CTV Prince Albert)
PRINCE ALBERT -

The City of Prince Albert is working to repair pipes under the city’s landfill after liquids from decomposing garbage were found leaking in the soil.

Manager of capital projects Nykol Miller said the leak was first discovered by a contractor working on the landfill expansion project Sept. 10.

She says the city conducted an investigation into the report and found a crack in adjoining pipes was the source of the leak.

The liquid was tested and found to be leachate, a contaminated liquid generated from the garbage, said Miller. It’s carried away by pipes under the landfill to a nearby remediation pond.

She estimates the city will spend $160,000 to fix the pipes and clean up the soil.

“Currently we have the excavators, they are removing the waste in the area where we believe the leachate discharge is occurring and from there. We will fix the pipe and any of the liner that has been compromised,” said Miller.

The leak was found in Cell 1A that was put into use in 2002. Part of the cell was excavated to get to the compromised pipe and new liner is being place around parts of the cell.