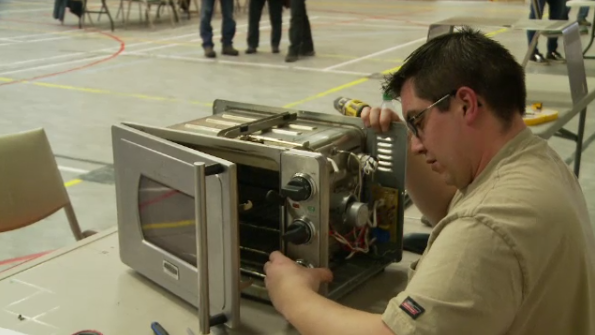 A place that doubles as a coffee shop and a rescue centre for broken appliances opened in Prince Albert.

The city hosted its first repair café event on Saturday. People came by to grab a cup of coffee and get a broken household item fixed.

The café is an international initiative to encourage people to fix a household appliance rather than throwing it away.

“If you can fix something rather than throwing it in the waste, we can save the environment and reduce the amount of things that are being tossed away,” Lillis Lawrence, an organizer of the initiative, said.

There were four tables and 11 volunteers at Prince Albert’s café. The volunteers helped people repair small furniture, electricaldevices and even sew clothing.

In the three hours of it being open, more than 10 devices were repaired.

The City of Prince Albert says the repair café will be a monthly event.