Cigar Lake uranium mine evacuated as a precaution due to wildfire 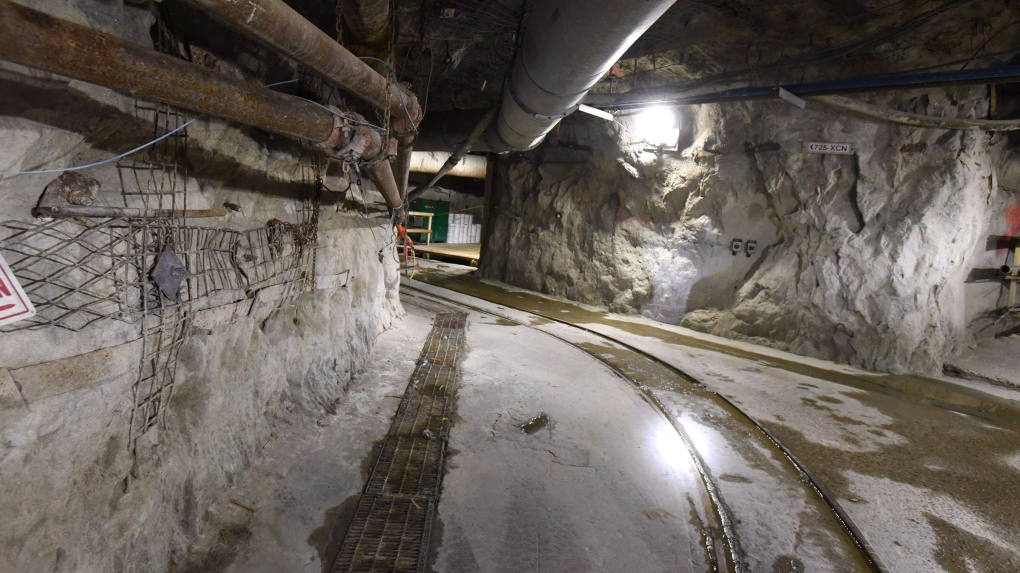 FILE -- The underground mine during a Cameco media tour of the uranium mine in Cigar Lake, Wednesday, September 23, 2015. (THE CANADIAN PRESS/Liam Richards)

SASKATOON -- Cameco is evacuating all non-essential personnel from the Cigar Lake uranium mine as a precautionary measure.

The precaution is due to the proximity of a northern wildfire that is currently burning in the vicinity of the operation, according to Cameco. Cigar Lake is approximately 300 kilometres southeast of Uranium City.

The publicly traded uranium company says the situation is "complicated" due to extremely warm, dry weather from the "heat dome" coming from western Canada, along with variable wind and smoke conditions.

Around 230 workers are being transported off site and production has been temporarily suspended, according to a news release.

Cameco says roughly 80 essential personnel will remain on site to maintain the facility. A plan is in place to ensure the safety of those workers if the wildfire threat grows.

Some precautions have already been implemented at Cigar Lake to limit the risk posed by the wildfire, the release said.

Cameco says it is working closely with provincial wildfire management personnel from the Saskatchewan Public Safety Agency (SPSA), who are on-site assessing the situation on an ongoing basis.

The decision to evacuate the operation was made in conjunction with SPSA.