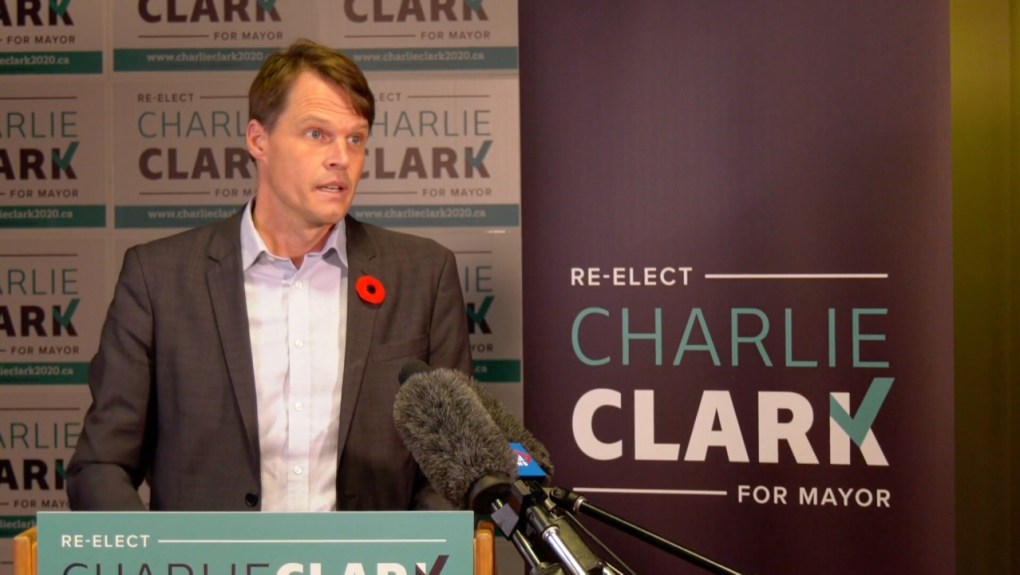 Charlie Clark said he will create 15,000 new jobs in Saskatoon in his next term if re-elected.

SASKATOON -- Charlie Clark expanded on his economic platform that was announced earlier this month, promising a plan that would create thousands of new jobs.

On Friday, Clark said he’ll create 15,000 jobs in his next term by focusing on the tech economy, adding value to the natural resources sector and supporting Indigenous development.

Clark said part of the plan includes breaking down systemic barriers for Indigenous, new Canadian, and LGBTQ communities so they have better access to employment.

“It is important to me that these be good jobs, and that we continue building a strong economy, we leave no one behind,” he said in a release.

Clark said if re-elected, he would commit to creating a Mayor’s Roundtable to address systemic barriers and help bring voices to key community issues.

“By ensuring there are clear pathways to success for people from all walks of life — the whole community and economy will be that much stronger,” he said.

Clark touted that during his term as mayor, thousands of jobs were created.

“My leadership will continue providing the stable and supportive environment needed to encourage growth through these uncertain times.”