'Austin was a ray of light': Sask. man found dead 1 week after falling off boat

'Austin was a ray of light': Sask. man found dead 1 week after falling off boat 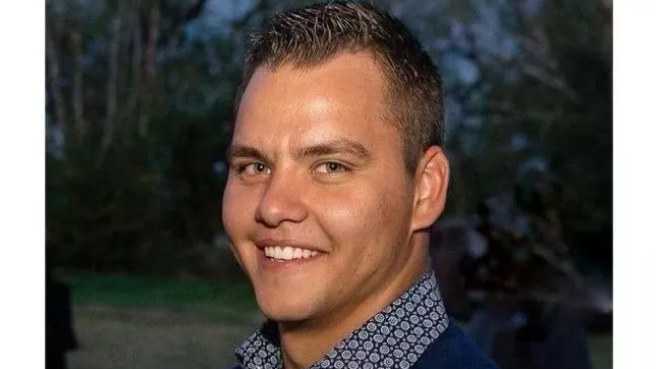 Austin Bomok went missing on July 16 after falling in the water while fishing. (GoFundMe)

The search for a missing man on Dore Lake ended Saturday afternoon after his body was recovered.

Austin Bomok went missing on July 16 after falling in the water while fishing.

Green Lake RCMP confirmed Bomok was located in the water around 4 p.m.

He was 28 years old, according to his sister.

"Austin was a ray of light, he wanted nothing more than to enjoy his July summer break from the military," Amaris Boyanchuk said in a statement.

She said Bomok was found by a private float plane owned by a Debden man who came to assist in the extensive search for her brother.

She said Austin's aunt was riding in the plane at the time.

Bomok's family along with volunteers began searching for him almost immediately after he was reported missing.

"When someone falls into the water you know in you’re heart they’re gone. But knowing he was alone was enough to drop everything and get there," Boyanchuk said.

"We brought boats and the clothes on our backs not knowing we would be there for days."

Boyanchuk thanked the local community for providing fuel and clothing to help in the search, and offering up cabins for family members to stay in.

"Coming from a very close family he always wanted us to spend more time together at the lake since losing our grandparents a few years ago — 'Wouldn’t it be great if we could just all go camping together up north,'" he said recently.

Canada's Evan Dunfee says he drew on the support of his loved ones to propel him to a Commonwealth Games gold medal.