'As low as $3' a hit: Price of crystal meth plunging, Saskatoon police say 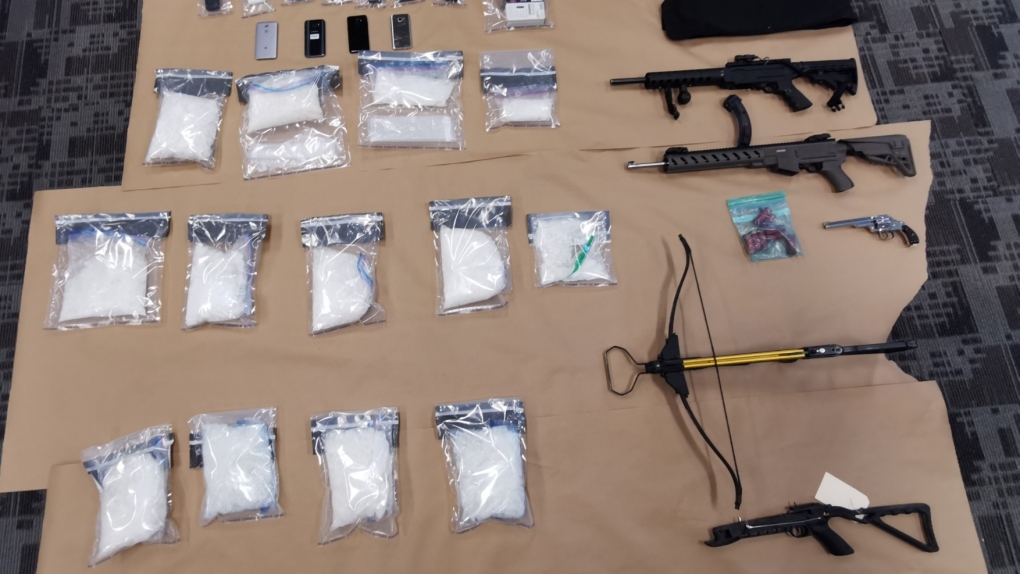 A photo of evidence seized in an investigation into crystal meth trafficking in May, 2019. (Courtesy Saskatoon Police Service)

SASKATOON -- The price of crystal methamphetamine has dropped significantly and the highly-addictive street drug is more widely available than ever, according to Saskatoon police.

"It’s a very common drug whereas before it was a little harder to get your hands on it, now it’s everywhere," said Const. Greg Pozniak with the Saskatoon Police Service drug unit.

"At one time it was a closed community, now it’s just kind of taking over just because of the price and popularity."

The price for a point of crystal meth, which is considered a single dose, has fallen 70 per cent in the last few years, according to Pozniak.

Five years ago the price of a point of crystal meth sat around $10, or sometimes up to $20 a point, Pozniak said. Now a dose of crystal meth costs a little more than a cup of coffee.

Pozniak attributes the price-drop to an oversupply of crystal meth making its way into the city.

Where police used to seize ounces at a time, drug unit officers are seeing kilogram-sized loads entering the city and nearby rural areas, Pozniak said.

"The market is purely saturated in the drug world and unfortunately it’s an illicit business but it’s a business," Pozniak said.