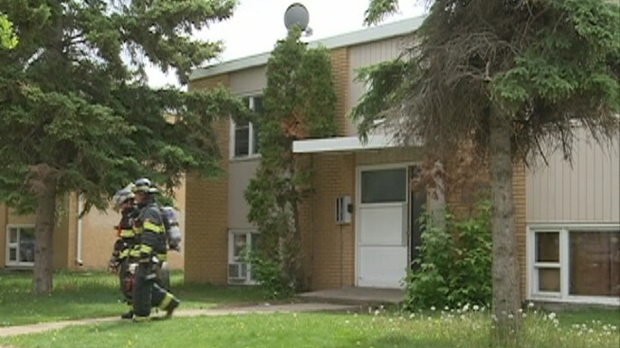 Six people were taken to hospital after an apartment fire in Prince Albert.

Six people, including a paramedic, had to be treated for smoke inhalation after an apartment fire in Prince Albert.

Officials say a burning pot on a stove started the fire at the building on Ninth Street East on Tuesday.

Three boys aged two, three and seven, as well as two girls aged 16 and 18 were in the suite at the time.

All were taken to hospital, along with a paramedic who was also treated for smoke inhalation after he kicked down the door.