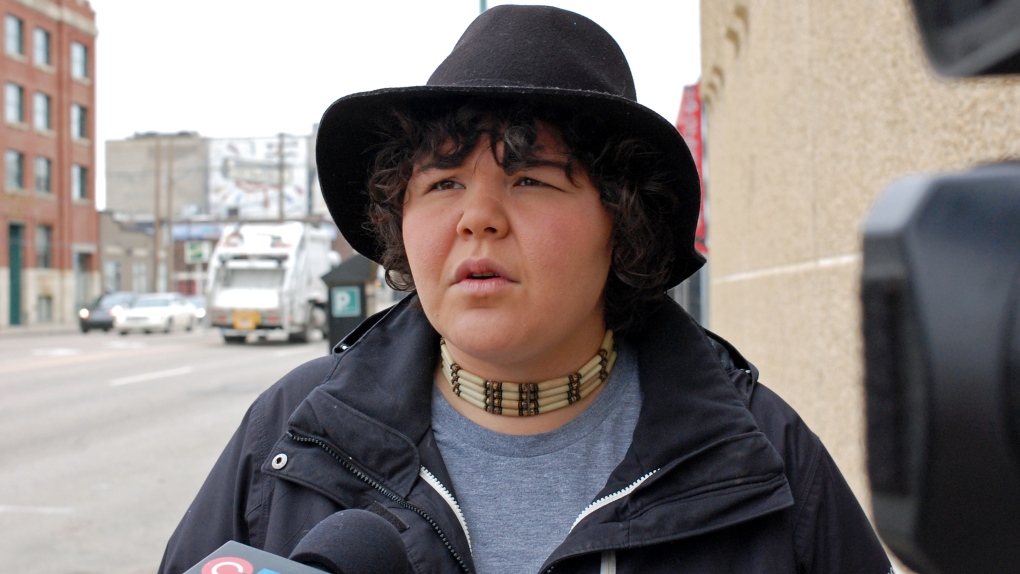 A high-profile student and activist in Saskatoon says she was kicked out of a pop-up Halloween shop for calling out an offensive costume on sale in the store.

Zoey Roy claims the manager of the Spirit Halloween store on 51st Street escorted her out of the shop Sunday after she tried to bring up her issue with a “Native American” costume intended for young girls.

“It looked really cheap and it said ‘Native American,’ as if Native American was a costume you can put on once a year,” Roy told CTV News.

She wasn’t surprised to see the costume — she sees them every year — but she still felt she needed to speak up.

“And now people can just wear our traditional clothing, regalia, as a Halloween costume, and that’s such a slap in the face to who we are as peoples.”

The 27-year-old, who recently travelled to Vancouver to participate in a panel discussion and reception hosted by Prime Minister Justin Trudeau, has won numerous awards — including a national Indspire youth award — for her work in the community. She was shopping for a costume with her 14-year-old niece when she confronted the manager.

“That outfit was in the kids section, which is crazy, so of course I have to be a role model and show my niece that it’s not okay to sell these costumes, it’s not okay to buy them,” Roy said.

Went into @SpiritHalloween on 51st Street and got escorted out. She compared us to pugs (because pug owners can be offended of pug masks). pic.twitter.com/mEeNRr13aE

She tried to be as non-confrontational as possible, she claims.

“I was incredibly surprised with the manager’s reaction because I was trying to be gentle in my approach, just letting her know this was really problematic, and she kicked us out of the store right away. She escorted us out,” Roy said.

Spirit Halloween, owned by retailer Spencer Spirit Holdings, operates more than 1,100 stores across the U.S. and Canada, according to the shop’s website.

Nearly 70 results pop up on the site when searching for costumes that include the tag “Native American.” Most costumes feature mock headdresses and fringed faux leather, and some include plastic weapons, such as tomahawks.

The manager of the 51st Street store was unavailable for comment Monday, and CTV News did not receive a response from media contacts at Spirit Halloween or Spencer’s.

Roy said her next step is to reach out to Spencer’s. She’s encouraging costume shoppers to avoid Spirit Halloween until the shops pull the “Native American” costume — and similar costumes — from the stores.

--- with files from CTV Saskatoon's Calvin To