The victim’s wife Bev Klarenbach was playing cards in the common area of Northcote Manor, when a woman approached her table. She said the woman became aggressive after a resident started questioning her.

“She started swearing, then she started chasing and looking in drawers, and went and got a knife,” Klarenbach told CTV News in an interview on Tuesday.

That’s when her husband of almost 70 years and retired correctional officer Carl Klarenbach stepped in to help. She said the woman pushed him to the ground, where he hit his head and passed out for a couple of minutes.

“He was knocked out, and I thought maybe he’s dead,” Klarenbach said.

First responders were called to the scene soon after, the ambulance took Carl to the hospital with a serious head injury. Police arrested and charged 40-year-old April Ross with aggravated assault and uttering threats. She will appear in court Friday morning.

Meanwhile residents at Northcote Manor said safety has always been a concern.

“I am afraid of coming down each morning as I come and go,” resident Mary Ann Harmatiuk told CTV News in an interview on Tuesday.

She said people often camp-out in the front entrance while using drugs. Residents said the Prince Albert Housing Authority, which manages Northcote Manor, has not fulfilled its promise to install a double lock system, which would restrict access on the outside door. 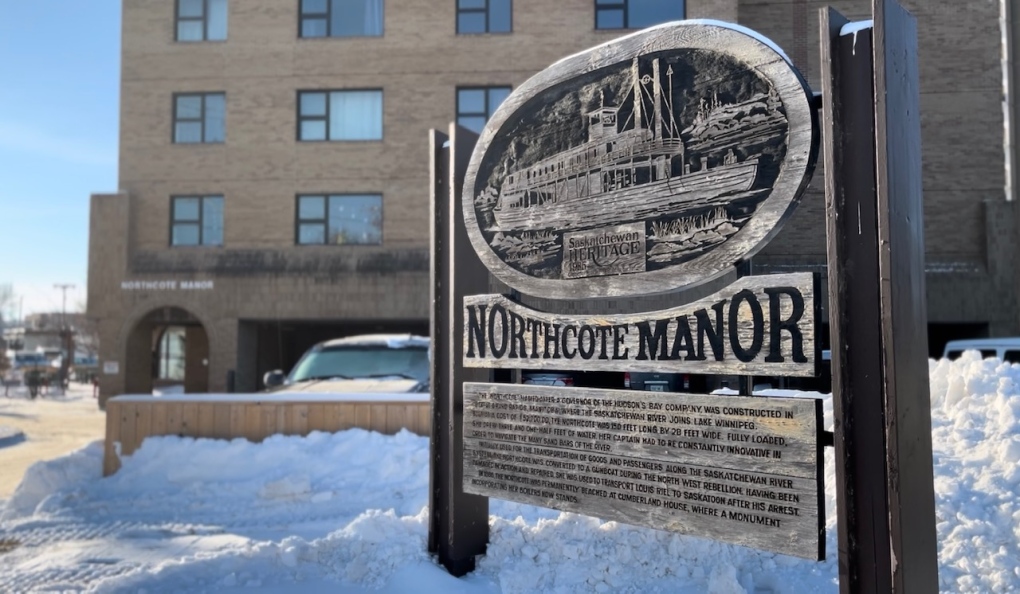 Residents said the Prince Albert Housing Authority, which manages Northcote Manor, has not fulfilled its promise to install a double lock system, which would restrict access on the outside door.

In a statement to CTV News, the Saskatchewan Housing Corporation said they are working with the police to address the incident and tenants are encouraged to attend an upcoming safety meeting.

The victim’s son Curtis Klarenbach said security should have been improved sooner.

“There’s been enough talk about what needs to be done, let’s get something done,” he said.

“How do you put the value of money over somebody’s safety, especially our seniors that have worked hard all their lives.”