Holiday Park Golf Course turned 60 years old on Monday morning, and just like the day it first opened when Mayor Sid Buckwold took the first swing, Mayor Charlie Clark was on hand to tee off with a couple of shots.

“I made a lot better contact on my first one, although it was a pretty deadly slice,” laughed Clark.

“The second one I just topped it so I wasn’t too proud of that, it makes you want to get back and try and get it straight up the fairway but that's why people play golf.”

Director of recreation and community development with the City of Saskatoon Andrew Roberts says in the early 1980’s Holiday Park was the busiest course in the country, nearing 90,000 rounds a year, and frequently saw people lining up at all hours of the night to book a spot.

“I do remember individuals lining up at like four in the morning to get a tee time,” said Roberts.

Now, he says, the course will see about 60,000 rounds a year, with other courses in the area lightening the load.

“A lot of golf courses would be envious of those numbers,” he said.

At least 120 of those rounds are played by longtime member Dianne Bethune.

“My husband introduced me to the game and this is the course that he played as a child because, he grew up around here,” she said.

“He loves his course so much that I came out and joined him and started playing golf myself, and I've loved it ever since.”

Bethune says she’s a four handicap with eight hole-in-ones at the course.

One of the reasons she keeps coming back to Holiday Park is the aesthetic.

“I think it's one of the nicest courses there is in town,” she said.

“It's just like a wonderful place to just spend your time and enjoy it with your friends.”

Greenskeeper Marc Robert is one the people charged with keeping the course looking fresh after 60 years. 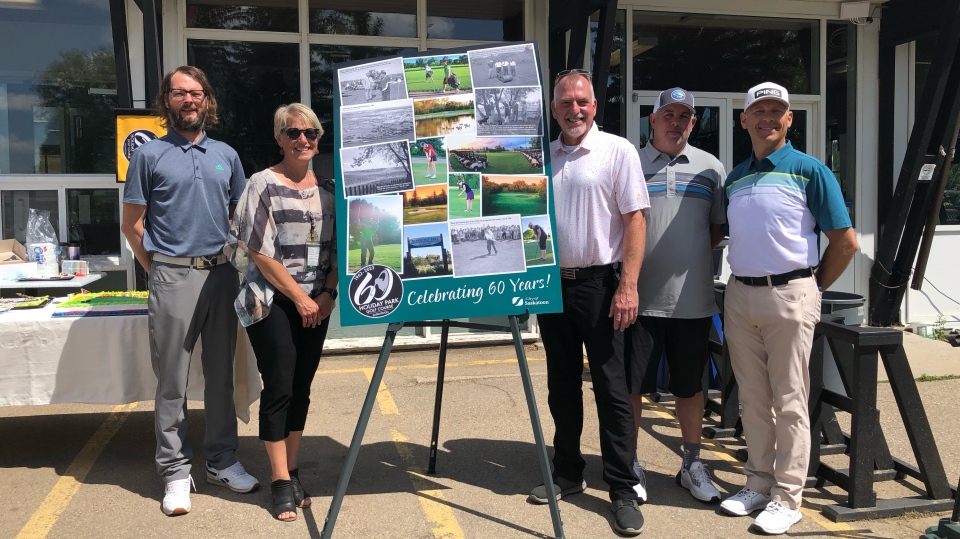 “We start on greens, tees, fairways, rough and we just go out every day, cut that, and then we start the small stuff after that.”

Roberts says the biggest reason for the course's continued popularity is the city’s investments.

“We did a big project back in 2016, about $2 million, so we've committed to continually to improve the facility make it better and make it more modern and more enjoyable for our patrons, but still keeping it as affordable as we can in the market.”