Outcry over the planned location of public washrooms caused Tuesday's city council meeting to stretch late into the evening.

The battle erupted over what seemed like an innocuous request by city administration to close a small, undeveloped stretch of Spadina Crescent that's terminated by the Broadway Bridge.

The closure is needed to begin work on a planned permanent outdoor festival site along the river, starting with a site "headquarters" building that includes public washrooms.

While the piece of land is unpaved, it is considered part of Spadina Crescent and therefore requires council's approval to "close" it.

As the nearly $12.9 million festival project has already been greenlit by council, the ask by administration seemed ripe for a rubber stamp.

However, some residents of La Renaissance, a condo highrise adjacent to the planned Friendship Park site, took to the podium to voice their displeasure with the plan — particularly the part of it that would see public washrooms situated near their home.

"I think one of the big concerns that I've heard from people is just the activity — because we walk along the river a lot and we're very familiar with what happens at public washrooms," Karen Elliot told council.

"The activity that tends to congregate around public washrooms is not conducive to a family-friendly, safe environment, particularly walking in the evening or early morning," she said in response to Ward 7 Coun. Mairin Lowen's questions regarding her concerns.

"It can be a shocking experience," Elliot said.

Another resident in the building who spoke at the meeting worries the washrooms will "increase safety concerns."

"We will have to deal with the issues of drunkenness, drug issues, vandalism and criminal activity," Jane Lancaster said.

She said she feels the building's residents were not sufficiently consulted about the plan.

"We will have to live with the consequences of this failed process and our residents are angry, frustrated and mistrustful of the city's plans," Lancaster said.

"We fear this decision will increase the safety concerns of our residents as the location of the public toilets is less than 50 metres from our front entrance." 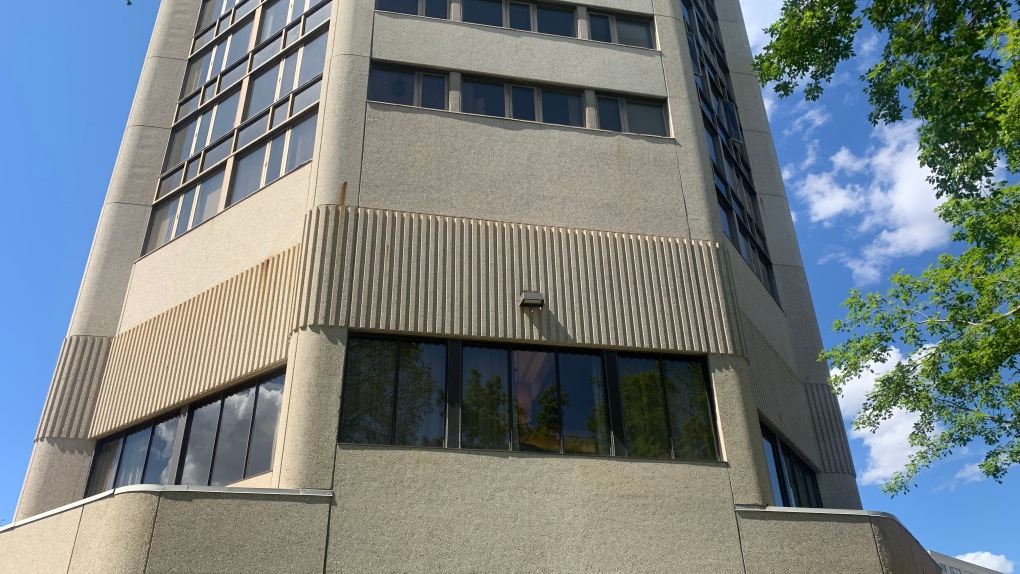 "The initial design of the building included some interior sort of lobby space which could go into ... individual washrooms and they highly recommended removing that (because it) becomes more of a gathering kind of space," she said.

Instead, the washrooms take the form of individually accessible stalls, she said.

"There could be a group of folks in there, but the design doesn't allow for indoor, out of sight, sort of separate gathering spaces aside from the washroom stalls," Lacroix said.

Lacroix acknowledged the engagement process surrounding the project was affected by the pandemic.

Ward 2 Coun. Hilary Gough was sympathetic to the residents' concerns but said she didn't see a way forward that would satisfy the "past disconnect" between the city and the condo residents.

"What I do see is a way forward that recognizes that we are quite a long way down the road in terms of phase one, that we have many opportunities to improve engagement and communication as we move forward through phases two and beyond," Gough said.

Ward 5 Coun. Randy Donauer said he felt denying the street closure solely to pause the project would be counterproductive, instead proposing that administration could mull moving the washrooms.

"I'm quite concerned that we got tunnel vision on this and that after a year or two. We couldn't pick up the phone or walk three blocks and meet with a condo association of 90 people," Donauer said.

Lacroix told council the planned location of the washrooms was selected after much consideration and warned that any design changes could place more than $2 million dollars of provincial funding in jeopardy.

"The risk of losing the funding is tied to the Dec. 31, 2022 timeframe to have the building completed and operational," Lacroix said, referring to money made available to the city through the Municipal Economic Enhancement Program. 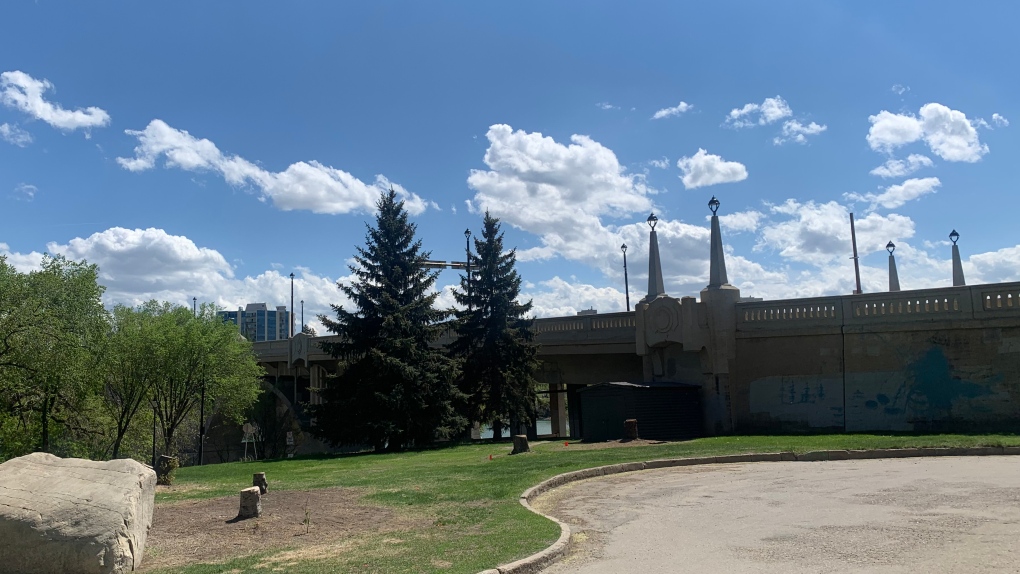 As the night wore on, the councillors on-hand voted to approve the closure, clearing the way for work to begin on the building to begin in July.

Only Ward. 1 Coun. Darren Hill voted against the bylaw.

"I know it's not going to do any good. But I cannot support this moving forward just because of the nature of how we got here," Hill said, arguing the washrooms should simply be axed from the building.

A motion put forward by Donauer that would have directed administration to revisit the washrooms' location was narrowly defeated in a tie vote.

U.K. Prime Minister Boris Johnson has agreed to resign, his office said Thursday, ending an unprecedented political crisis over his future that has paralyzed Britain's government.

A well-known Ukrainian paramedic who was held prisoner by Russian and separatist forces for three months after being captured in the southeastern city of Mariupol has accused her guards of psychological and physical torture during her time in captivity.

Video has emerged showing a worker dangling in the air above a Toronto construction site after accidently getting entangled in a tagline attached to a crane.

The next stage in the battle against COVID-19: bivalent vaccines

Several vaccine manufacturers are racing to develop formulas that take into account the more infectious Omicron variant now driving cases, while policymakers are laying the groundwork for another large-scale vaccine blitz.

Feds intend to keep ArriveCan for its data on COVID-19-positive travellers: sources

The federal government has no intention of dropping the controversial ArriveCan app because it gives the Public Health Agency of Canada (PHAC) key health information about travellers who test positive for COVID-19 through testing at airports and land borders, senior government sources tell CTV News.

Patrick Brown is alleging political corruption played a role in his disqualification from the Conservative Party of Canada's leadership race, a move that came following allegations that his campaign violated election financing rules.

Brittney Griner trial in Russia resumes amid calls for U.S. to strike deal

Jailed American basketball star Brittney Griner returns to a Russian court on Thursday amid a growing chorus of calls for Washington to do more to secure her release nearly five months after she was arrested on drug charges.

Patrick Brown to remain on Conservative leadership ballots despite disqualification

Despite being disqualified by the Conservative Party of Canada from becoming its next leader, ousted candidate Patrick Brown's name will still appear on the ballot.

First Nations art, from hand-carved masks to totem poles, draws on generations of tradition and skill and can take months to craft. But a flood of fakes and commercial knock-offs produced in Asia and eastern Europe are exploiting Indigenous culture, the artists say, and robbing them of revenue.