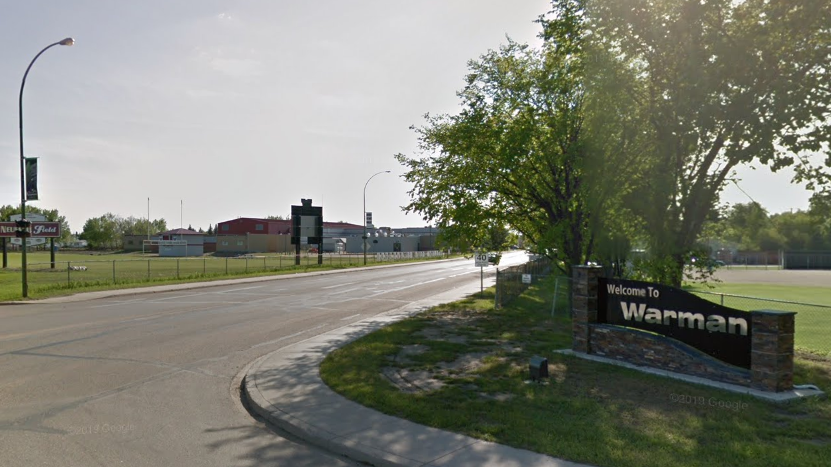 The City of Warman had a funding application to the province for an arena expansion denied for a fourth and final time. (Courtesy/Google Street View)

The City of Warman has a big decision to make when the council meets next month after a funding application to the province for an arena expansion was denied for a fourth and final time.

For the past four years, Warman has been applying for Investing in Canada Infrastructure Program (ICIP) funding to expand the Legends Centre with an extra ice sheet and other accommodations.

Thursday’s denied application threatens to put the expansion in peril.

“Very frustrating,” Warman mayor Gary Philipchuk said. “It's been a long process and a lot of political talk to try and get to a point where we could know that we had a dream of adding another ice surface to our recreational complex, so it was it was frustrating that we were not chosen for the funding.”

ICIP is a federal program created during the COVID-19 pandemic with over $33 billion earmarked for the Investing in Canada Infrastructure Program. Communities need to apply to their province to be eligible for the cost-sharing program.

Philipchuk says the application was denied because there was simply more demand than money available. The city also recently received funding for a lagoon project.

“We are growing and with growth comes those demands,” Philipchuk said.

While Philipchuk understands recreation isn’t as high on the priority list as other infrastructure applications, the city is left with a tough decision when the council meets at its next regular meeting on Sept. 26.

The project cost has increased with each application as inflation and other costs soared. Initially, the cost was estimated at $7.8-million in 2019. That’s since jumped to $13.5-million in 2022. According to a news release from the City of Warman, $3.5million was to come from Warman.

If council approves the existing proposal, a municipal arena levy of roughly $194 would be applied to each residential property.

Philipchuk wouldn’t rule out any possibility for the upcoming meeting. He said the city has already spent $400,000 on detailed drawings and plans for the arena expansion.

In addition to an added ice sheet, the expansion includes seating for 205 spectators, six changing rooms and a second-floor lounge space with seating for 150 people.

The Legends Centre opened in 2011, and Philipchuk said the expansion is needed to meet current and future demand.

“We're at a fork in the road. So it is time to either make a decision,” Philipchuk said. “How much do you invest in ideas compared to actions and so I think that's really our challenge right now.”

If the project gets council approval, construction is expected to take one year to complete.

Justice Minister David Lametti says he will "look at" a federal policy that restricts gay and bisexual men from donating to sperm banks in Canada, after CTV News exclusively reported on Wednesday that a gay man is taking the federal government to court over it.

The federal government is seeking to delay the extension of assisted dying eligibility to people whose sole condition is a mental disorder until March 17, 2024. Justice Minister David Lametti introduced a bill seeking the extension in the House of Commons on Thursday.

Six more weeks of winter? Here are the predictions of groundhogs across North America

Will we see six more weeks of winter, or an early spring? Here’s what some of the groundhogs (and one human) have predicted so far, from coast-to-coast.

'Dances With Wolves' actor appears in court in abuse probe

A former 'Dances With Wolves' actor accused of sexually abusing Indigenous girls and leading a cult must remain held without bail until his next court hearing, a judge ordered Thursday morning.

The United States has answered President Volodymyr Zelenskyy's plea for rockets that can strike deep behind the front lines of the nearly year-long conflict with Russia. Now Russian forces will need to adapt or face potentially catastrophic losses.

Former Wagner commander says he is sorry for fighting in Ukraine

A former commander of Russia's Wagner mercenary group who fled to Norway told Reuters he wanted to apologize for fighting in Ukraine and was speaking out to bring the perpetrators of crimes to justice.

As rates of sexual assault climb across Canada, nursing experts say there is a shortage of specially trained forensic nurses to properly care for victims.