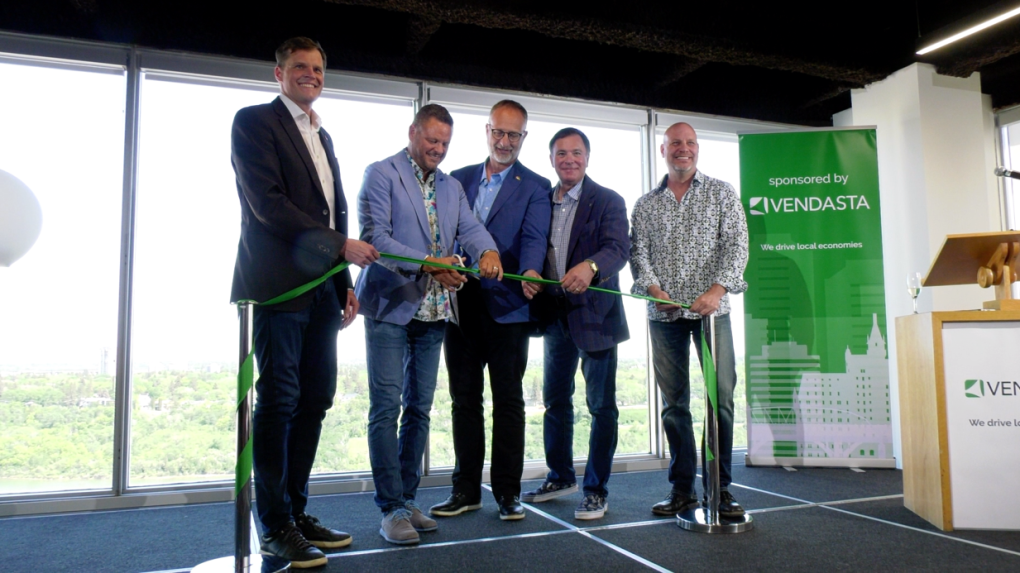 Vendasta celebrated the grand opening of their downtown headquarters in Saskatoon.

Saskatoon-based tech firm Vendasta is laying off numerous staff as it attempts to chase more profits in favour of rapid growth.

Vendasta chief operating officer Jacqueline Cook confirmed to CTV News “less than five per cent” of staff were let go this week, but she declined to offer a specific number.

“This update to our structure is about getting back to efficiency and curating a high-performing team. Despite being less than five per cent, those affected are still our team members, our colleagues and our friends and we don’t take this lightly,” she said.

Just over two months ago, the company celebrated the grand opening of its new headquarters in downtown Saskatoon and referenced its growth from 400 employees to nearly 700 employees during the pandemic, along with raising $119.5 million in financing in 2021.

Cook says this workforce reduction is partly due to the market normalizing after COVID-19 brought sudden and rapid growth to Vendasta when the virus spread in 2020.

Now, as fewer small and medium-sized businesses seek out Vendasta’s technology, the company is shifting its goals from growing quickly to being able to provide profits as well.

“Some of these roles became too far removed from directly supporting our customers or from directly contributing to building our platform,” Cook said. “Now that business is normalizing back to pre-COVID levels, we have made a correction to get back to operating as efficiently as we were prior to 2020.”

Cook said the company will still hire more people and plans to continue growing, but with a more precise focus.

"This isn’t about cash position, it’s about operating efficiently as a business and aligning our plan to continue to be a top-performing technology company built right here on the Prairies,” she said.

“We have a strong balance sheet, we have an even stronger team, and we are honing in on a clear vision to accomplish our mission in democratizing technology for the local businesses who make our communities worth living in.

The announcement comes after making the list of Best Workplaces in Technology put out by Great Place to Work.