A Saskatoon intersection was overflowing with water late Tuesday afternoon.

An SUV was submerged in a large hole at the intersection of Millar Avenue and 60th Street. 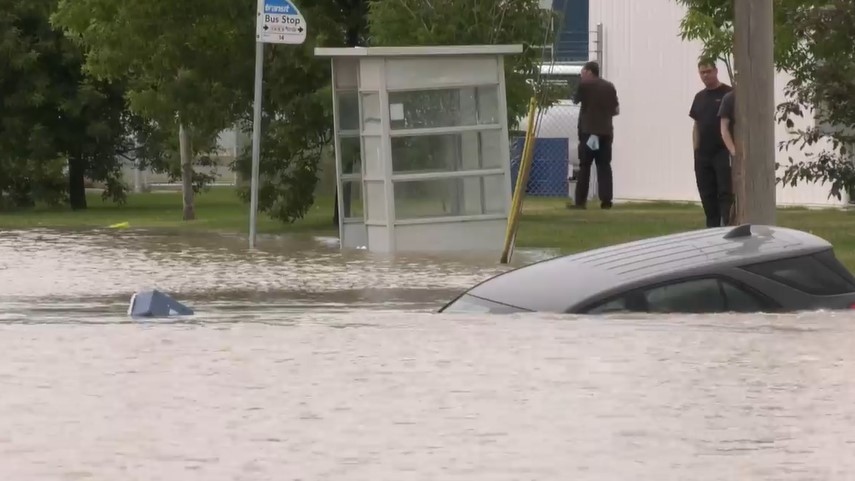 A Saskatoon intersection was overflowing with water on July 5, 2022. (Dan Shingoose/CTV News)

In a news release sent just after 4:30, the City of Saskatoon said emergency repairs on a water main were underway.

Detours were in place and drivers were asked to avoid the area.

"Some businesses in the area may experience low water pressure. If needed, affected addresses will be issued a drinking water advisory," the news release said.

Businesses were asked to avoid heavy water use until further notice.

"Activities such as handwashing and appliance use are allowed. A pressure-drop will be noticeable at the tap," the city said.

Quebec Cardinal Marc Ouellet, once considered a front-runner to become pope, has been accused of sexual assault and is among a list of clergy members and diocesan staff named in a class-action lawsuit against the archdiocese of Quebec. A woman identified as 'F.' in court documents tabled on Tuesday accused Ouellet of several incidents of unwanted touching.

People hoping to visit the Greater Vancouver Zoo were turned away at the gates Tuesday morning as conservation officers and Mounties dealt with a wolf escape.

Canada's year-over-year inflation rate slowed to 7.6 per cent in July, with the deceleration largely driven by a decline in gas prices even as prices for food, rent and travel continued to rise.