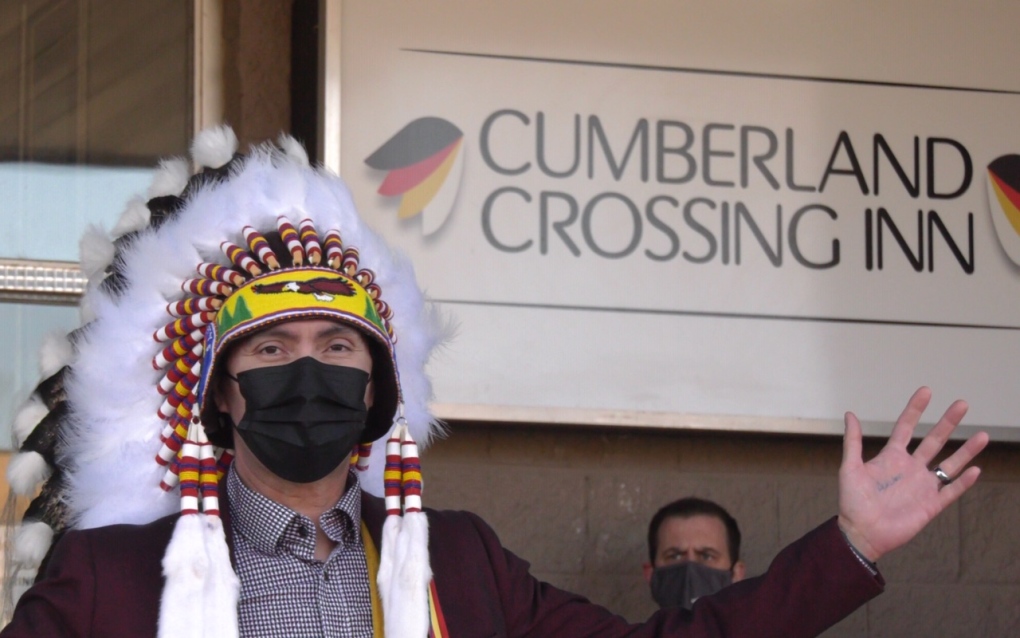 PRINCE ALBERT -- A shuttered hotel in downtown Prince Albert has re-opened as affordable housing for students and people travelling for medical care.

The building will also house a restaurant, a 24-hour daycare and operate medical transportation.

“We’re trying to push the envelope and be a trend-setting First Nation that can model (for) other nations,” he said. ”Do things that other nations didn’t think that they could ever do. There’s good things in the works. It’s truly a new beginning.”

Chaboyer said the hotel was “a diamond in the rough” that they could renovate into a downtown staple.

Orrin Greyeyes, President and CEO of Timanaska Development Corporation, said they plan on putting about $750,000 more into renovations. Greyeyes is a former band councillor for Muskeg Lake Cree Nation.

“This idea isn’t new. In Muskeg, we did have a motel back in the early ‘90s that we had basically the same formula that we’re putting together here, so I knew it would be successful. I knew we could make it work,” he explained.

“The youth are getting better educated and looking forward to it," said Dionne. "They want to get into business, so we’re positioned perfectly for that."

The Cumberland Crossing Inn is also close to post-secondary institutions, such as the Gabriel Dumont Institute and the newly opened University of Saskatchewan campus. Orrin said they currently have rooms that are ready for guests. In some parts of the building, though, they’re still working through heating issues. He said they hope to have it complete by September for the start of the school year.

Orrin said the Saskatchewan River Business Corporation and Timanaska Development Corporation are working on another project for green energy.