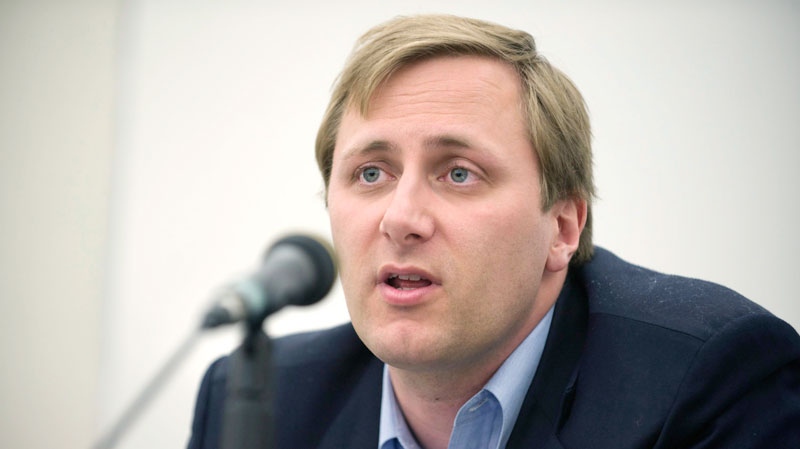 OTTAWA -- Brad Trost is a proud social conservative who has no desire to moderate his views as he prepares to enter the Tory leadership campaign, but he will stop short of promising to officially reopen the debate on the definition of marriage.

"I'm a political realist," said the Saskatchewan MP, who vocally opposed a Conservative party decision at its last convention to abandon its policy opposing same-sex marriage.

That does not mean he will stop talking about it.

These are still early days, but so far the big wedge issue in the Conservative leadership campaign is the idea from Ontario MP Kellie Leitch to screen potential immigrants and refugees for so-called anti-Canadian values, not something like debates over abortion or same-sex marriage.

Trost is happy to be the voice in another, more familiar debate.

"So many social conservatives are now feeling discriminated against, and that's why I think it's still an issue that has relevance," Trost said in a recent interview.

Trost said the fact that Trinity Western University -- a private Christian post-secondary institution in Langley, B.C. -- has had to go to court to fight for its proposed law school because of its code of conduct barring sexual intimacy outside traditional heterosexual marriage is one example.

But another threat to social conservatives, Trost suggested, could come from ideas like the one proposed by Leitch, who has defined Canadian values as including tolerance for all sexual orientations.

"If Canadian values all of a sudden become a screen for liberal values, that is going to keep out a lot of Canadians," he said.

Trost said he and the Conservative party remain pro-immigration.

"I mean, let's be blunt -- that's probably going to be one of my stronger demographics inside the party," said Trost, who is planning to attend a rally against the Ontario sex-ed curriculum at the provincial legislature Wednesday.

"Almost all Conservatives who are newcomers are very socially conservative," he said when asked to elaborate. "Some, I would say, even more so than me."

Trost who has not yet filed its official paperwork, has a campaign team that includes Joseph C. Ben-Ami, who led a conservative think tank called the Meighen Institute, and Russ Kuykendall, a former policy adviser to Lisa Raitt, who the Wildrose party of Alberta blocked as a candidate last year after an anti-gay blog post he had written in 2007 became public.

Trost said he was not yet ready to reveal potential backers from within the Conservative caucus, although he does expect to have support, especially as a second-ballot choice.

Pierre Lemieux, a defeated Conservative MP from eastern Ontario, has also said he would like to enter the race to champion social conservative values.

Andrew Scheer, who is also expected to announce his intention to join the race soon, is expected to garner some support from socially conservative party members.