'This was me': Saskatoon man accused of murder admits to stabbing spouse in 911 call

SASKATOON -- A man on trial for killing his partner admits to stabbing her in a 911 call.

Tammy Brown was found dead in a home in the city's River Heights neighbourhood on Jan. 29, 2019.

Blake Schreiner is charged with first-degree murder in her death.

On the first day of his trial, court heard Schreiner was the person who called 911 to report his spouse’s death. The 911 audio recording was played in court.

“I need to know what happened though. Why are they not responsive, though?” the dispatcher asked Schreiner.

Later in the call, the dispatcher asks whether Schreiner did it.

“Was it yourself that did this? Or someone else?”

“There was a break-in … No, this was me,” Schreiner answers.

Members of the gallery gasped as a police officer took the stand and described how he found Brown’s body. 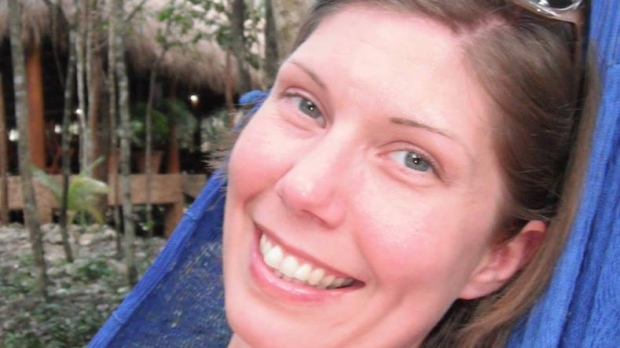 Brown was covered in a white duvet on the master bedroom floor of a Kootenay Drive home.

Trelnuk told court the room was in disarray, with the bed pushed against a dresser.

While Trelnuk was in the bedroom Const. Jason Jacobson, who also testified Monday, was arresting Brown's spouse by the front door.

As Blake Schreiner was lying on his stomach being handcuffed, a toddler crawled beside his head and a boy cried hysterically on the couch, Jacobson told court.

“Mr. Schreiner was trying to calm the boy,” Jacobson said.

Jacobson testified he found an empty leather sheath in Schreiner’s jacket pocket during the arrest.

Schreiner sobbed in the prisoner’s box during the testimony. A sheriff handed the accused a box of tissues.

Jacobson described Schreiner as quiet and cooperative during his arrest.

He testified Schreiner had "a lot of blood" on his pants.

Schreiner was taken to hospital for stitches on his hand.

Judge Ron Mills is presiding over the case. Schreiner's trial is expected to continue at Saskatoon Court of Queen's Bench on Tuesday.