'This is a milestone': Saskatoon street renamed after Ahmadiyya Muslim community 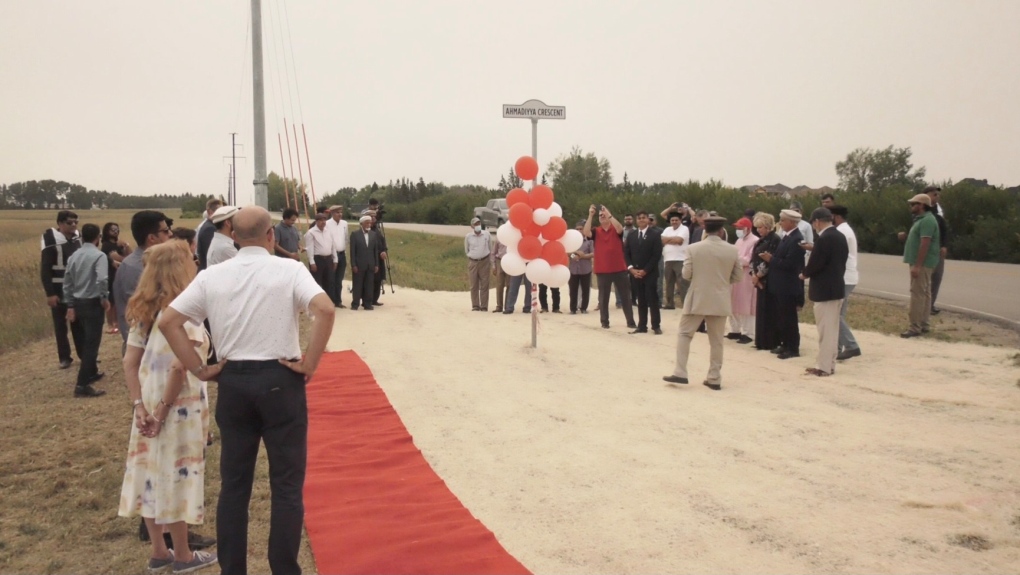 Glazier Road at the corner of Range Road 3050 adjacent to the Baitur Rahmat Mosque will now be known as Ahmadiyya Crescent.

"This street has special significance for our community because of this mosque. This is milestone for the history of Saskatchewan as well as having a large beautiful mosque," said Mubarik Syed, the public and media relations spokesperson at Ahmadiyya Muslim Jama’at Saskatoon.

The ceremony included prayers, remarks from the RM of Corman Park and barbeque.

The community says its mosque is the biggest in Saskatoon and the project has been in the works for two years.

The Ahmadiyya Muslim community says it has been in Saskatoon since the early 1970s and is happy to see public recognition.

UPDATED | Ont. and Que. scramble to recover from thunderstorm that left at least 8 dead

Clean-up efforts are underway after a massive thunderstorm on Saturday left a trail of destruction in Southern Ontario and Quebec.

What is a 'derecho'? Climatologist explains Saturday's powerful storm

The storm that moved across Ontario and Quebec Saturday is known as a 'derecho', a powerful kind of windstorm that is long lasting and far-reaching.

How concerned should we be about monkeypox?

Global health officials have sounded the alarm over rising cases in Europe and elsewhere of monkeypox, a type of viral infection more common to west and central Africa. Here's what we know about the current outbreak and the relative risk.

Hydro Ottawa says it will take several days to restore power and clean up after a severe storm damaged hydro poles and wires on Saturday.

A military plane carrying enough specialty infant formula for more than half a million baby bottles arrived Sunday in Indianapolis, the first of several flights expected from Europe aimed at relieving a shortage that has sent parents scrambling to find enough to feed their children.

Guests at an Indigenous-owned resort in B.C.'s Interior were evacuated Sunday morning and watched as firefighters tried to contain the flames that had engulfed the building's roof.

Russia pressed its offensive in eastern Ukraine on Sunday as Poland's president traveled to Kyiv to support the country's European Union aspirations, becoming the first foreign leader to address the Ukrainian parliament since the start of the war.

Beginning at sunrise on Monday, the Tk'emlúps te Secwépemc will host a solemn day of ceremony and reflection to mark the one-year anniversary of unmarked graves being located at the site of the former Kamloops Indian Residential School.