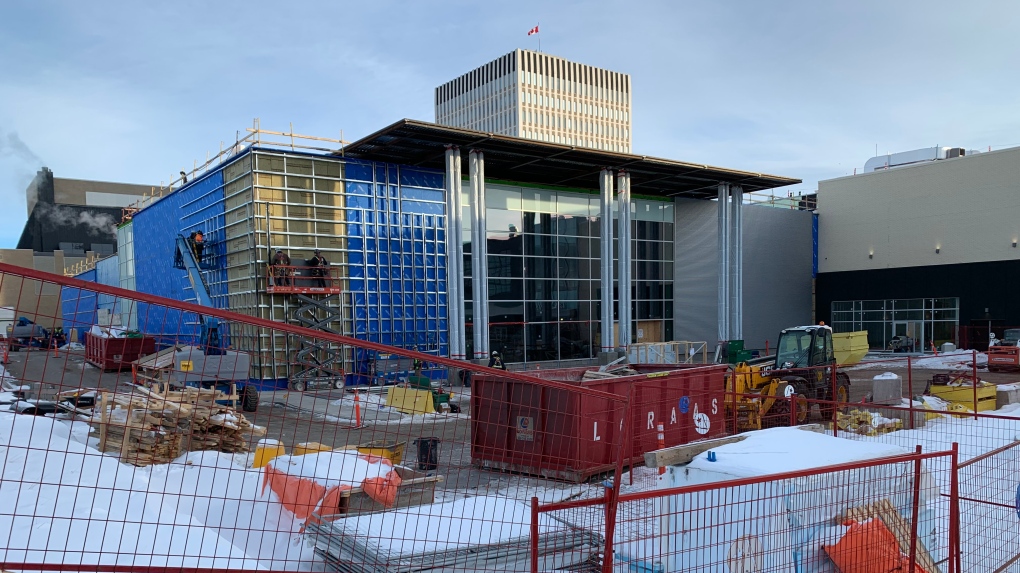 SASKATOON -- It’s been over a year since one of Canada’s largest outdoor retailers announced it would be opening a store in Saskatoon’s downtown mall this spring. But so far, no official opening date has been set.

Mountain Equipment Co-op (MEC) is supposed to be located in Midtown Plaza, next to the new food court. The store would be about 20,000 square feet, serving as the mall’s new anchor tenant.

This would be the Co-op’s first retail location in Saskatchewan.

The Vancouver-based company runs as a consumer co-operative, meaning shoppers have to buy a membership to be able to purchase products.

"There's a new CEO who's looking at a strategic review of cash flow and so one way in the short term to do that is to put existing plans on hold. They're going through a lot of other changes in terms of the head office, the products they make,” Williams said.

The professor said other large retailers have put new store locations on hold – something that could happen at Midtown.

"I think it's always possible even when you look at Target pulling out of Canada too and other companies avoiding plans, so, yes, these things happen. They cut their losses and they make bad decisions,” he said.

MEC wouldn’t say when it plans on opening its Saskatoon location and said it has no new information to share at this time.

“We are working with our partners and will provide updates in due course. We are committed to moving forward in the best interest of our Co-op and our members,” MEC said in a written statement to CTV News

Penner, who is a spokesperson for downtown businesses, said Midtown Plaza’s recent multi-million dollar renovations make the area an ideal place to set up shop.

“I think they've done a great job of attracting other retailers to our community,” he said.

If the company doesn’t move forward with this location, Williams said he thinks other large retailers would jump on the opportunity to take over the space.