Task forces created for U of S budget cuts 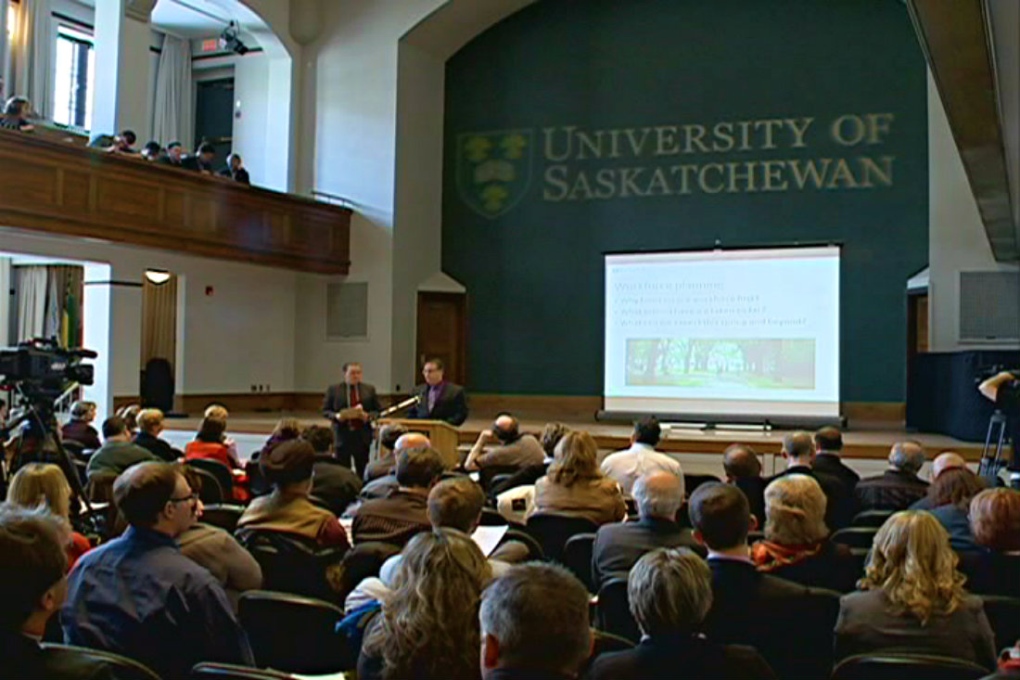 The University of Saskatchewan announced 50 job cuts at a town hall meeting on Tuesday.

The University of Saskatchewan has taken another step in completing their budget-cutting program, TransformUS.

University president, Ilene Busch-Vishniac announced Tuesday that two task forces have been created that will be responsible for reviewing the university’s operating budget against the programs and services offered by the institution.

The task forces are part of the TransformUS program that’s responsible for finding ways to make up a projected $44.5 million deficit by 2016.

University administration received 250 nominations for the two task forces. “A broad cross-section of the campus community was represented in the nominations, with a variety in faculty, staff and students from several different colleges and units. This broad representation has been reflected in the chosen membership of each task force,” Busch-Vishniac said in a release Tuesday.

The task forces are responsible for submitting a report to the university at the end of November. The reports will rank programs and activities priorities according to criteria set by the task forces.

TransformUS is targeting to save $20 to $25 million annually once fully implemented.