In a press release, Saskatoon Fire Department said it was alerted about the fire by police at 1:41 a.m. Monday morning.

Just after 2:00 a.m, the building's roof and north wall collapsed, according to the department.

Heavy machinery could be seen cleaning up the rubble left in the fire's wake.

The fire was deemed under control before eight Monday morning.

Investigators have concluded the fire is "suspicious."

The building was vacant, according to the fire department.

Raymer said firefighters were concerned the building would collapse further.

"We had to call it an excavator from the City of Saskatoon in order to bring the structure down in order to reduce the risk of failure and also fully extinguish the fire," Raymer said. 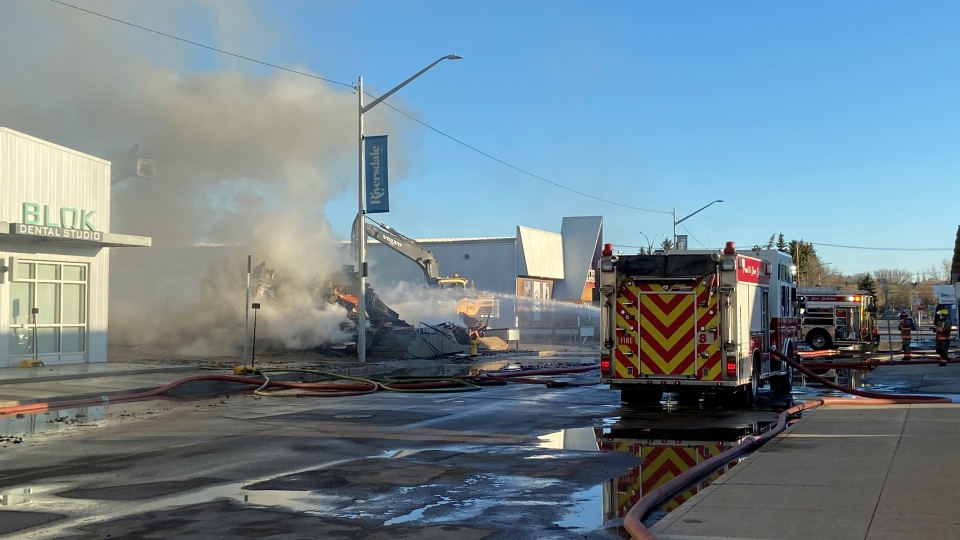 Traffic will likely be blocked along the stretch of Avenue B South from 21st Street to 22nd Street for most of the day, according to the department.

--Thiis is a developing story.More details to come.