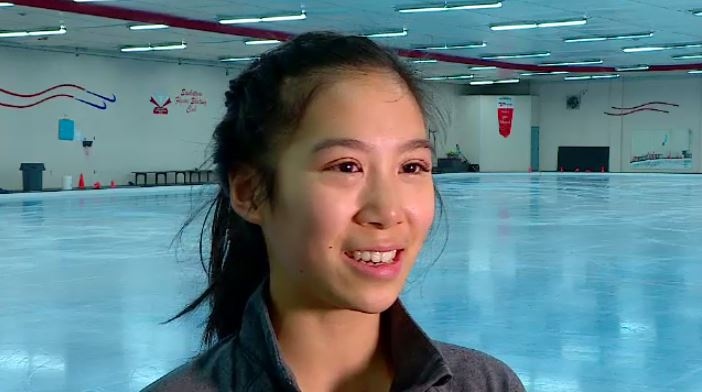 Alanna Liu is in hospital being treated for injuries after a fatal crash in Alberta. (File photo)

Skater Alanna Liu is in hospital being treated for injuries after a fiery crash in Alberta left three people dead.

Skate Canada – Saskatchewan confirmed the skater’s injuries in a Facebook post. Liu’s parents died as a result of the crash, which happened about 3:30 p.m. last Tuesday on Highway 9 and Range Road 72 between the hamlet of Chinook and the village of Cereal, about 300 kilometres east of Calgary.

"The entire skating community is in mourning as we learn about the tragic vehicle accident in Southern Alberta that claimed the lives of three people and injured many more including members of the figure skating community," the group said.

"Saskatchewan skater Alanna Liu was involved in the accident and is currently being treated in hospital for her injuries. Sadly, her parents who were traveling home with her from the BC SummerSkate competition have passed away.

"Skate Canada and Skate Canada Saskatchewan are heartbroken and grieve with those who have lost loved ones in this horrible accident and our thoughts are with Alanna and her family and friends, and all those affected as they cope with this tragedy."

Liu represented Saskatchewan at the 2016 and 2017 national figure skating championships.