A man died Thursday morning in Saskatoon following a shooting, according to police.

Around 11:30 police, in the area of 21st Street West and Avenue W South were flagged down by people travelling in a minivan to report an injured man inside, Saskatoon Police Service (SPS) said in a news release.

A 21-year-old man suffering from a gunshot wound was taken to hospital by paramedics, where he was pronounced dead. Police consider his death a homicide.

SPS said his next of kin have been notified and that his name will not be released at this time. 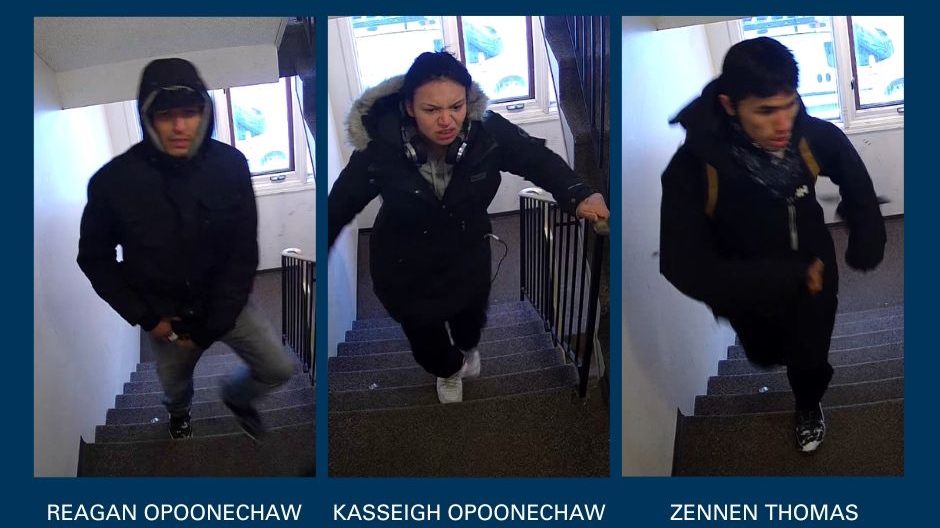 Police are asking for the public's help in locating three "persons of interest" in the man's death.

In an update on the investigation late Friday afternoon, police identifed the third person of interest as 17-year-old Zennon Thomas.

Police are asking anyone with information regarding their whereabouts to contact SPS or Crime Stoppers.

Based on initial details provided by police, this article previously misstated Kasseigh Opoonechaw's age as 34.

Thinly stretched rescue teams worked through the night in Turkiye and Syria, pulling more bodies from the rubble of thousands of buildings toppled by a catastrophic earthquake. The death toll rose Wednesday to more than 9,500, making the quake the deadliest in more than a decade.

Federal Health Minister Jean-Yves Duclos will ask the provinces today whether or not they intend to accept the new health-care funding deal tabled by the prime minister.