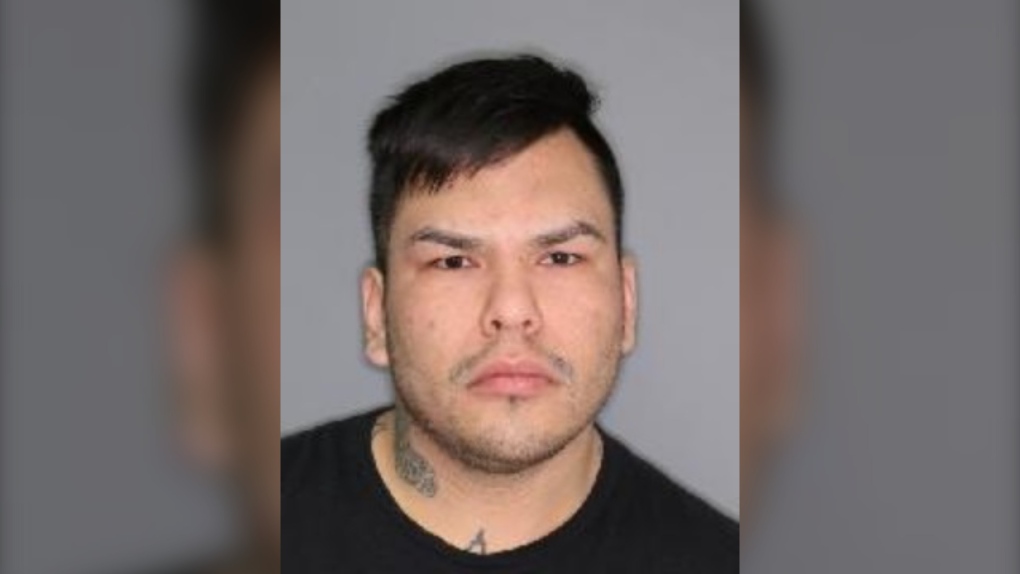 Everett Joseph Desjarlais, 31, is the suspect in an alleged shooting that occurred on Feb. 13, police said in a news release. (Saskatoon Police Service)

Saskatoon police are asking for help finding a man wanted for aggravated assault.

Everett Joseph Desjarlais, 31, is the suspect in an alleged shooting that occurred on Feb. 13, police said in a news release.

That night, police received a call regarding a man who had been shot in the 100 block of Avenue V North. The 36-year-old victim was taken to hospital with serious, but non-life-threatening injuries.

Desjarlais is described as five-foot-11 and 216 pounds with black hair and brown eyes. He has numerous tattoos including “Finesse” on the left side of his head, “Love Loyalty” on his neck, a hummingbird on his neck, “Bridge City” and a skull on his chest, and numerous tattoos of skulls, money, trees and graves on both of his forearms.