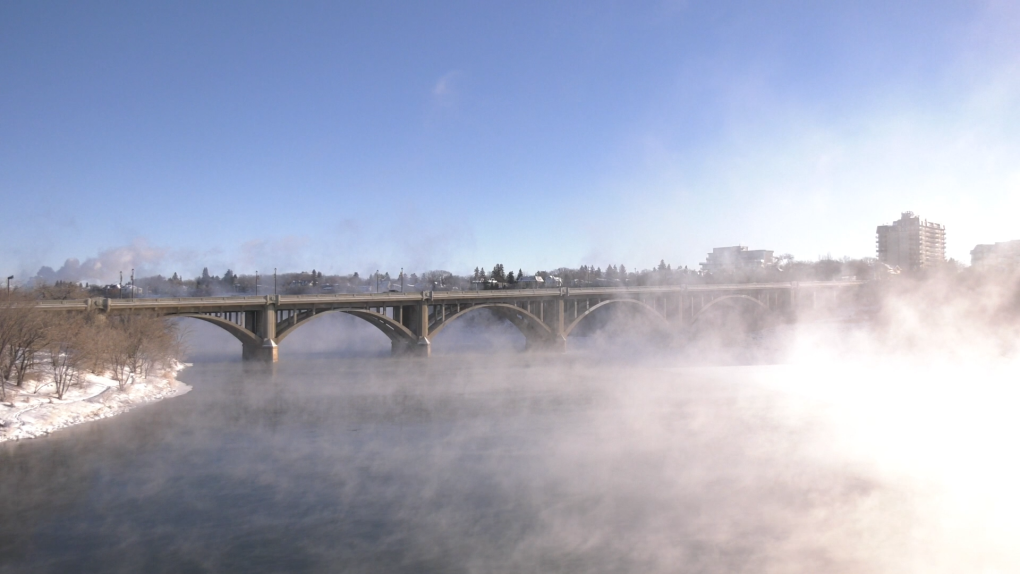 When the weather dips below -30 C, you do everything you can to keep people safe, says Central Urban Métis Federation Inc. (CUMFI) President Shirley Isbister.

“We have people come in and they warm up and some people have a little nap, we serve hot chocolate and a snack and do our best to make people feel comfortable.”

When that closes, they transport people to shelters.

“I got a report on the weekend that all the inns were full, but the Ministry of Social Services made available more hotel rooms, so in this cold weather you just got to do whatever you can to ensure that people have a warm place to stay.”

A mass of extreme cold has settled over Saskatoon, with the polar vortex causing temperatures to dip below minus -30 C.

“It's a big mass of really cold air that sits around the North Pole, but it's fluid so it moves according to what the jet stream does,” said Terri Lang with Environment & Climate Change Canada.

“When the jet stream dips, we'll get a big blast of this cold air, truly dense and heavy.”

According to the Saskatchewan Coroners Service, 14 people died of hypothermia or exposure in the province from September 1, 2021 to August 31, 2022.

The City of Saskatoon has activated its cold weather strategy to offer a warm place to people with nowhere else to go.

CUMFI’s mobile housing and community resource centre is stationed at the Giant Tiger on 22nd street on Mondays and Tuesdays, at the City Centre Church on Wednesdays, and Freshco on 33rd street on Thursdays from 10:00 a.m. to 4:15 p.m.

“There's the shelters themselves, the three shelters in the community. There's also warm up locations that are activated during the cold weather strategy, and then there's the overall advisory group, so we have a well coordinated plan in place.”

The only 24-hour shelter in Saskatoon will be at Prairie Harm Reduction opening later in December.

Hackl says there are homeless people living in 52 of the 65 communities in Saskatoon.

“From that we've had a number of successes where those people have accepted support and have moved into housing.”

Hackl says the boarded up houses are also a place where homeless people look for an opportunity to take shelter and warm up.

“The Saskatoon Fire Department has a proactive program called the demolition and property remediation process, which involves vacant and boarded properties,” he said.

Lang says temperatures in Saskatoon will warm up on Wednesday, but not before temperatures go down to -37 C, feeling like -50 C with the wind chill.

“It's the air between your clothes that actually keeps you warm, and make sure all your extremities are covered, and again, just limit that time outdoors.”