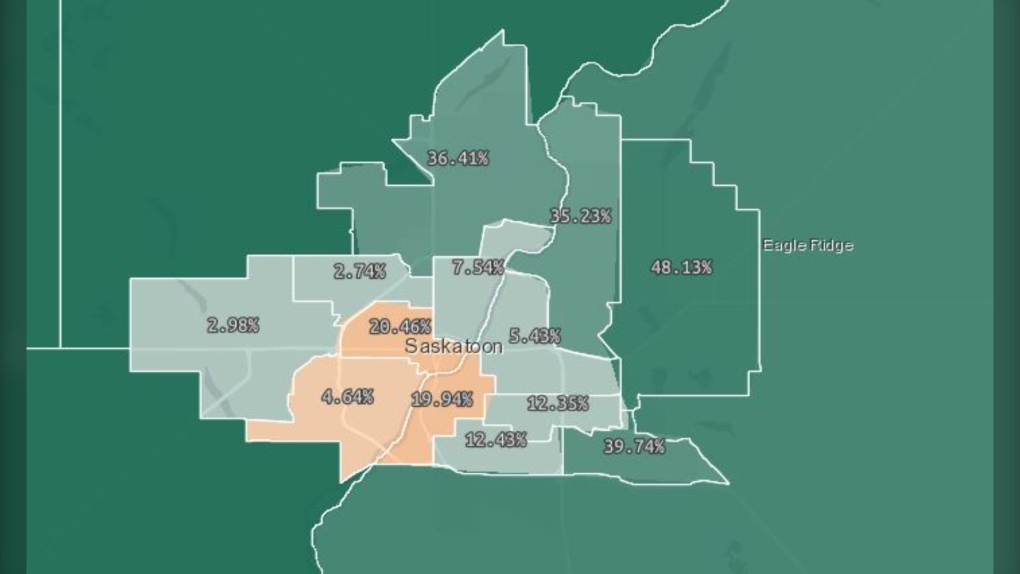 SASKATOON -- Saskatoon is going to be an “interesting battleground” between the Sask. Party and the NDP, political studies expert Loleen Berdahl says.

“Anytime there’s an incumbent they’ve got a little bit of an advantage - they’ve got some name recognition just through the fact of already being the MLA, people have received communication from them over the years,” said Berdahl, executive director of the Johnson Shoyama Graduate School of Public Policy at the University of Saskatchewan and University of Regina.

“So the fact that there’s some seats that had been NDP that the incumbents aren’t running in, that becomes a more contested seat.”

Polling data suggest the economy and health care, including the COVID-19 pandemic, will be important factors for voters, with education coming in third, she said.

The data also points to a re-election of the Sask. Party. A University of Saskatchewan poll found it leading the NDP among decided voters three-to-one. Much would need to change to see a change in government, she said.

“I think the distinction that used to be drawn in terms of politics and values between Saskatchewan and Alberta has perhaps shifted a bit over time. So when we look at attitudinal surveys, we see these sorts of patterns. I think the Saskatchewan Party has enjoyed a lot of support because they’ve gained the confidence of a significant portion of the electorate. They’ve certainly enjoyed periods of considerable prosperity when the resource economy was doing really well internationally but they've also enjoyed a fair bit of support even when things have been more challenging. There seems to be a comfort level that the public has.”

Assuming the province doesn’t see large shifts in attitudes, the outcome in the Saskatoon ridings will help determine how strong the NDP will be as an opposition party, Berdahl said.

“(NDP Leader) Ryan Meili’s own riding was a pretty tight contest in the by-election. He didn’t win by a massive landslide. So the future of the NDP in terms of its strength as a party is one question. Then there’s the question, what happens with the leadership of the party? Does Meili hold onto his own seat? If he doesn't, what will that mean?”

Changing the political attitudes of the province is a challenging question for the NDP, she said.

“What do they do? I think they’ve really struggled. They’ve struggled with turnover in leadership. This is their third campaign with a new leader. So that can become a challenge for them. This election is a very important one for the NDP in terms of how do they decide to move forward as a party? So I don’t have an answer," Berdahl said.

“I think it would be a great question to ask the NDP themselves - what’s the game plan going forward? The same question could very well be asked of the federal NDP. We’ve been seeing them declining as well. How do they regain their foothold, if they are going to?”