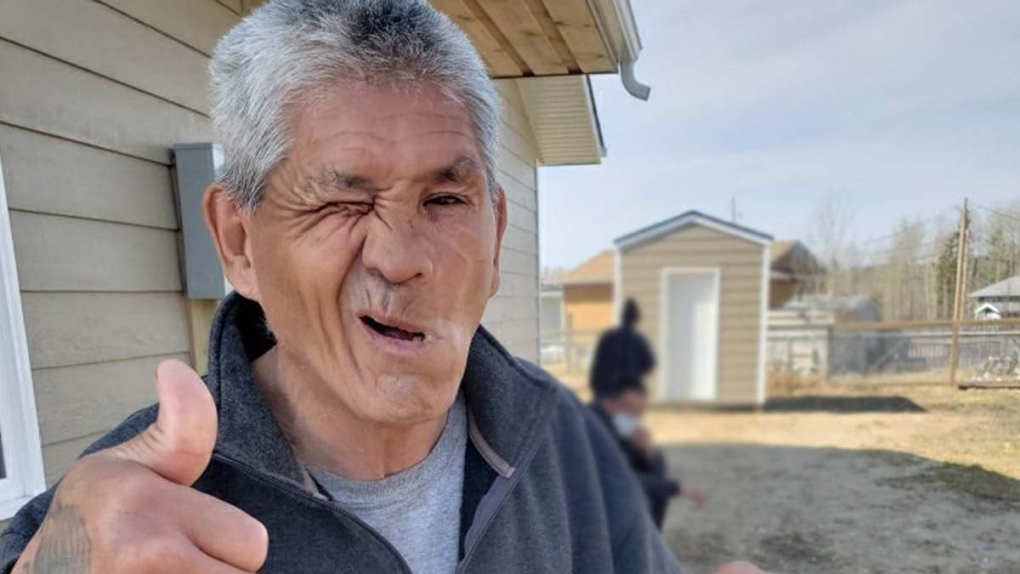 Richard Montgrand called them "the Queen's cowboys" and many RCMP officers who worked in La Loche considered him a friend.

That's according to a social media post from Saskatchewan RCMP remembering Montgrand, who recently died.

The post describes him as an "unlikely, beloved friend" to many of the officers who have cycled through the detachment over the years.

While RCMP officers typically only don the traditional red serge for Mounties’ funerals, "there was no question about what to wear" to Montrgrand's funeral in La Loche.

At the request of his family, attending officers helped carry his casket to the service.

Montgrand, who RCMP say suffered from addiction and other health concerns, often interacted with the officers stationed at the La Loche detachment.

“Everyone has a soft spot for him,” Cst. Trisha Miller was quoted saying in the post.

Miller worked in La Loche nearly a decade ago.

“He is just such a good memory, he always had a smile and a story. He’d teach me Dene words. He’d flag me down when it was cold and I’d drive him home," Miller said.

Montgrand found ways to keep in touch with Miller, despite not having a phone.

He recently had the La Loche Detachment Services Assistant text her a picture of him, smiling.

While Montgrand "didn’t always sing the police’s praises," the post said — towards the end of his life he came to view them more as "protectors from the vulnerabilities he unfortunately faced."

Officers provided him "with basic needs he often lacked access to" such as meals, showers, rides and clean, warm clothes, the post said.

With few options the "detachment cells were sometimes the safest place for him to sleep," the post said.

"When that happened, officers report he was friendly and cooperative when he arrived — even folding and organizing his personal effects for safekeeping — and cheerful and joking as he was released."

Staff Sgt. Conrad Logan, part of the North District management team, says every officer who was stationed in La Loche has a positive story about Montgrand.

Montgrand says the RCMP members who attended the funeral were “more than happy” to step up and wear their uniforms and pay their respects for him.