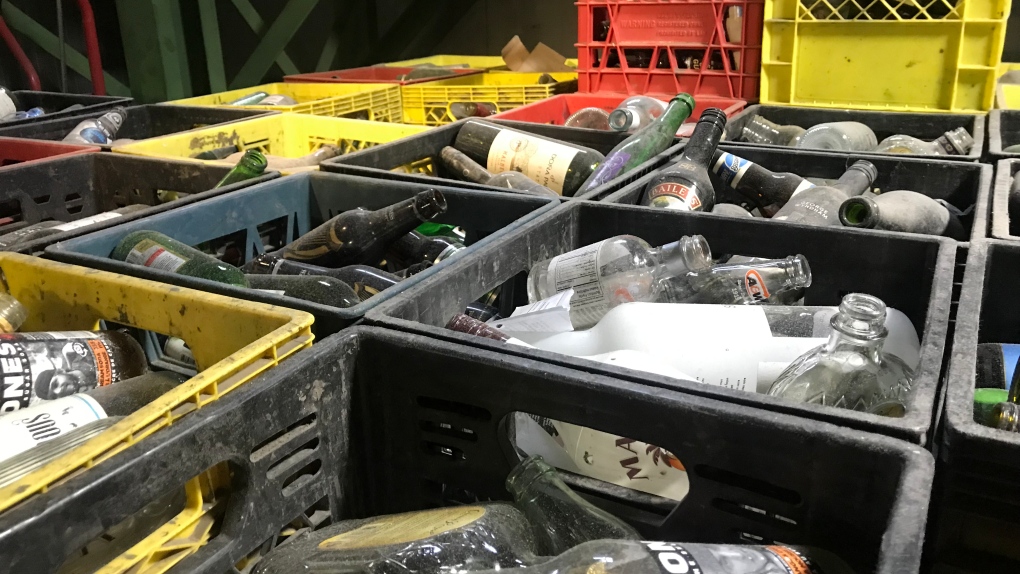 Bottles are pictured at a Saskatoon SARCAN facility in this file photo. (Carla Shynkaruk/CTV Saskatoon)

SASKATOON -- People dependent on city bottle depots such as SARCAN for extra cash have lost that income following the closure of those recycling depots.

The move comes as the province calls for strict physical distancing amid the spread of COVID-19 nationwide.

Shannon Redwood and her family rent in Saskatoon and they also collect social assistance, which helps her and her husband cover the basics including rent and utilities, she said.

However, beyond that there’s not much left over for groceries, which is why she relied on bottle collection and the returns she would get from SARCAN, she said.

“It carries me completely through the week, that’s the biggest thing, that help,” Redwood said.

With indefinite school cancellations provincewide, Redwood said having her child at home is also putting a strain on her budget, forcing her to spend more on groceries for her family.

Redwood said she hopes the provincial government recognizes the wide impact closures are having on vulnerable people – and supports families in a tough financial spot because of the restrictions to businesses and closures of the recycling depots.