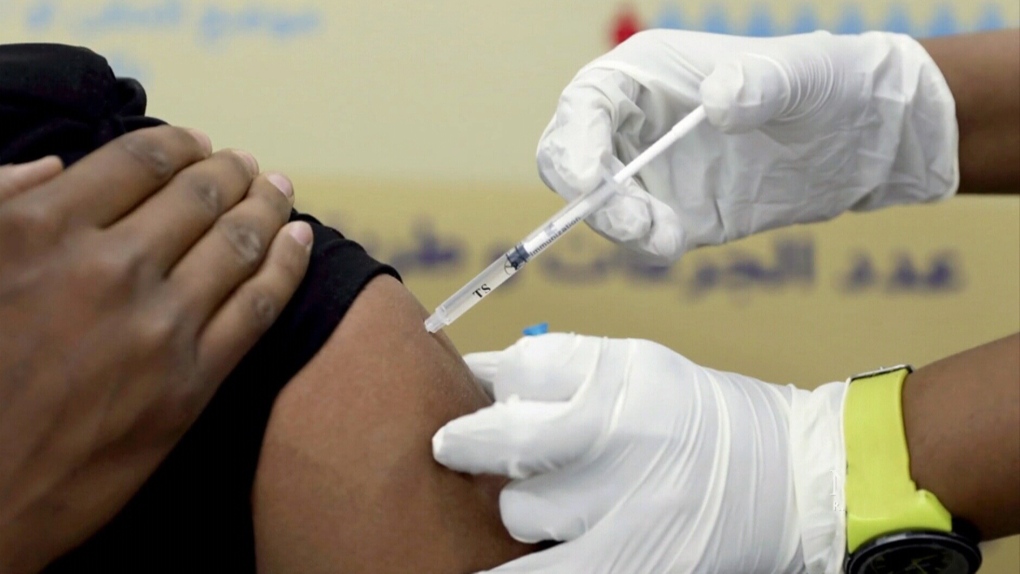 Kyro Maseh, owner of the Lawlor Pharmacy, discusses how today’s closings will affect vaccine rollout, and talks about the future of Paxlovid
SASKATOON -

While the race was close, Regina's mayor Sandra Masters is the winner of the #StickItToCovid mayoral challenge between Regina and Saskatoon.

The challenge was to see which city could administer the most first doses of COVID1-9 vaccines per 1,000 people between June 17-30, according to a release from Clark's office.

It was a close race as Masters and the City of Regina administered 20.1 first doses per 1,000 people while Saskatoon had 19.7.

“I am anxiously looking forward to seeing Mayor Clark lip syncing and grooving to the Last Saskatchewan Pirate—by Captain Tractor. I will be sure to watch it from down “on Regina’s mighty shores," Masters said in the news release.

In response, Clark says it means Regina residents "really wanted to see me groove" and is happy to lip sync for the sake of "pumping up" vaccine numbers.

Regardless of the results, Clark is still warning residents that they're "not out of the woods yet" and that its important people continue to keep getting their first and second doses.

“We have the summer to get ourselves on track and put all the pieces in place for a healthy fall," Clark said in the release.

Clark is issuing a second challenge to Regina and Masters to see who could get the most doses, first or second, for the month of July.

Bank of Canada governor Tiff Macklem says more interest rate hikes are necessary to bring inflation down, despite some early signs of a slowing economy.

The NDP are calling on the federal government to take steps to tackle 'greedflation' and get to the bottom of the rising cost of groceries.