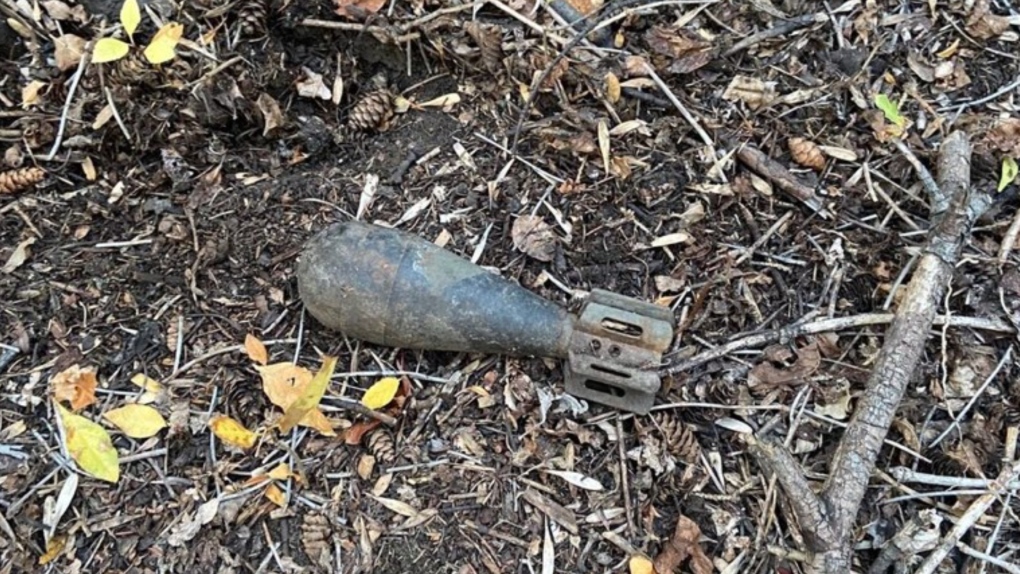 SASKATOON -- An inactive 60 mm mortar practice round was the apparent old explosive discovered Wednesday night on a Saskatoon property, according to a member of the Canadian Forces.

Saskatoon police and military members were called to the 100 block of 109th Street after a homeowner found what they thought to be an explosive device while excavating their backyard.

Major Ismael Koussay, commanding officer of 17 Wing Detachment Dundurn, said the device was likely several years old and did not contain any explosives.

He added that it appears to be an old tool used for military training purposes.

“Could be a legacy from old collections, could be remnants from activities in the past so it’s not uncommon to come across these types of unexploded ordinances,” he told CTV News in a phone interview.

With that in mind, Koussay said it is critical for anyone who comes across a potentially explosive device to contact the authorities.

Koussay said the practice round was assessed on the scene then was safely transported to the detachment for disposal.

No other devices were located during a search of the area, according to Koussay.

Saskatoon police said it will not be conducting a further investigation as there was nothing criminal involved.