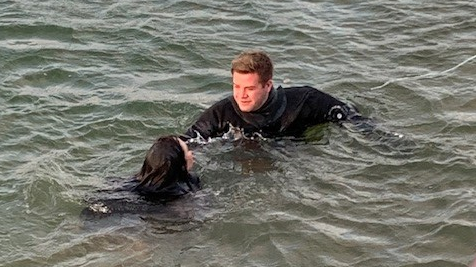 A person being helped out of a river Saturday morning. (Courtesy: Saskatoon Fire Department)
SASKATOON -

The Saskatoon Fire Department helped a female out of the river Saturday morning.

Crews were called just after 8 a.m. A surface water technician with the department assisted the woman, who wasn’t in distress, according to a new release.

She was later helped by an ambulance and police.

The release does not state how the woman entered the water or if she suffered any injuries.