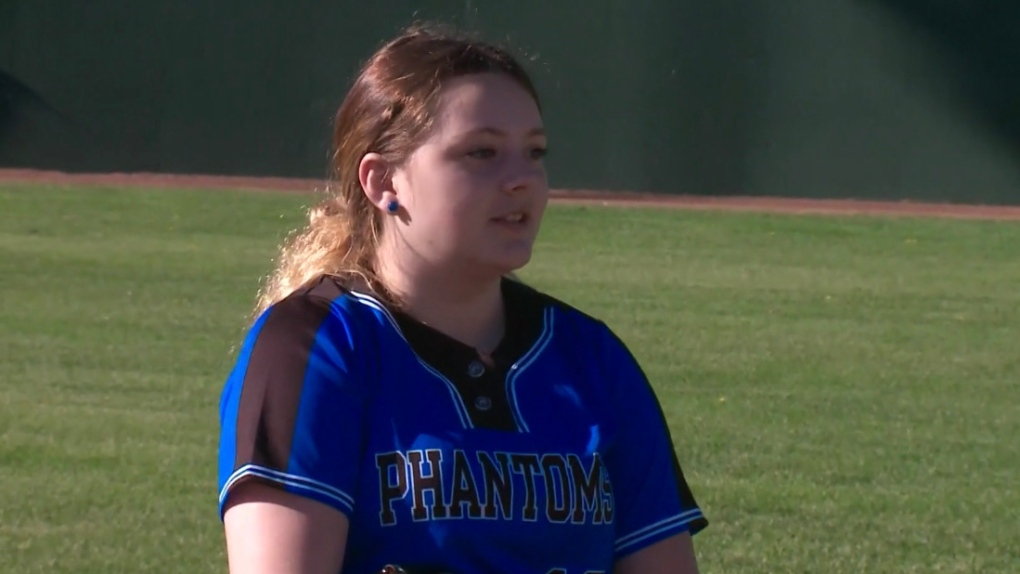 Elle McDonald, who plays softball in Saskatoon, said she's excited that she can now get back out on the field under phase four (Carla Shynkaruk/CTV Saskatoon)

SASKATOON -- Outdoor activities and pools as well as youth and child day camps can now reopen under part one of phase four of the province’s  Re-Open Saskatchewan Plan.

Starting Monday, outdoor sports teams are allowed to hit the field for pratice, tryouts and training.

Elle McDonald who plays softball in Saskatoon said she’s been waiting a long time to get back on the field and is excited that now she can.

“I definitely miss my team and all my friends. I’m hoping that this is done soon and this will go a bit faster than expected because we’ve missed a lot of time,” McDonald said.

Teams will not be allowed to participate in tournaments or travel inter-provincially, according to the province.

Handshakes and high-fives are not recommended, and people are encouraged to keep physical distance.

Under this phase, municipalities will open facilities at their discretion and residents are advised to check with their local operator about availabilities.

The exact dates are not known and will be determined by the ability of the skeleton staff to get them operational, according to city staff.

They told CTV News that the city usually hires 450 staff for the summer, butt his year with COVID-19, that number was reduced to 50 which is leaving crews in a scramble to set up.

This phase also sees the limit on gatherings increase to 30 people. However, the province advises that if there is not enough room to maintain proper physical distancing, the gathering should be smaller.

“For food service at indoor gatherings, potlucks are discouraged and there should be no shared platters of food or shared buffet service. If food is served, it should be plated. One person should handle the preparation of food and drink following proper food safety protocols. This reduces the number of people who touch serving utensils or drink containers,” the province said in a news release.

The second part of phase four has yet to be determined and that includes: