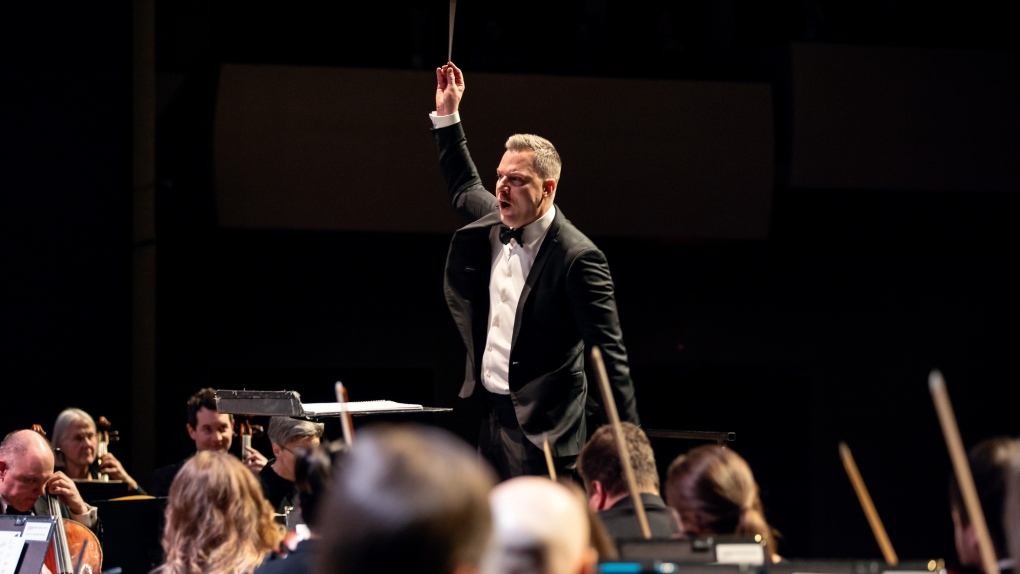 After seven seasons with the Saskatoon Symphony Orchestra, Eric Paetkau is moving on. He spoke with reporter Jonathan Charlton about what he has enjoyed most about his work and what's next in his career. This interview has been edited for length and clarity.

Why did you join the SSO?

Well, I was offered the position by the organization and I thought it was a wonderful opportunity to work with a great group, a new adventure in a different city. And I thought there were so many exciting things happening at that time with the symphony. And that it was just a great build from there onwards. So I was really excited to be a part of that.

What was your vision for the group?

I wanted to continue the momentum that was there before and build on that. Building artistic excellence was one of my main goals and to also really connect with the community in so many different ways, bring in a different repertoire, a lot of new Canadian works, a lot of Prairie works and Prairie soloists, and really showcase what Saskatchewan has to offer and Canada in general.

Was that a case where you thought there should be more attention paid to Canadian and specifically Prairie music?

I just generally think it's so important to showcase what we have. And Saskatchewan, there are so many incredible artists, you know, soloists, composers, etc. Also in Canada. I wanted to make sure we highlight what's already there. People can take pride in what's there and then just showcase that.

What are some highlights for you over the past seven years?

Definitely relationships. You know, it's funny because of course everything in life is relationships, but for an arts organization, me as a music director, and conductor, to build those relationships with the orchestra and not just the orchestra, but individually all those people, with a staff with a board, with the audience, that was so important as a group, but also individually on the street, in the restaurants, wherever we would meet, and the community at large.

Are there any particular performances that stand out?

Oh, so many, so many, I think — oh, man. The orchestra sounded great in so many of them. You know, it's funny, Mark (CEO and Creative Producer Mark Turner) and I did an interview that's being broadcast next week and we talked about so many of those highlights, so I can't go into a lot of them because there are just so many. But there was one at the end of the second or first season where it was all-Canadian work, it was a Masterworks. And we thought, 'Are we crazy to do this?' And I think it was sold out. And the audience loved it. Musicians loved it. We're really proud of that one.

The orchestra sounded so great. And so many of the works. I remember our first concert with Dvorak, the New World Symphony, of course, and, I mean, and all the different soloists that came seven years. There's a lot.

Why did you think you might be crazy with the all-Canadian show?

A lot of groups will do an obligatory, you know, 10-minute new music piece or something. And we thought there's such great Canadian music, let's program a whole two-hour concert on it as one of our Masterworks. And it was so exciting. We had narrators there. We had the composers come and the music was great. So, it worked really well.

What's next on the horizon?

I've got a lot of different projects. I'm someone who loves to do different projects and as a music director in one orchestra, some of those projects had to be put on the backburner for obvious reasons. And for good reasons, it was great to devote my time to that ... I'm really excited about going forward with musical things. I've got an orchestra here in Toronto (group of 27) and we just recorded something last month, and there's a bunch of stuff going through, other musical stuff. I'm getting, actually, a children's book published. A publisher wants to publish that. That's exciting, and some other stuff as well. I like to keep my hands in a lot of different things. And I can't wait too, well actually, it's already starting, but to continue those things.