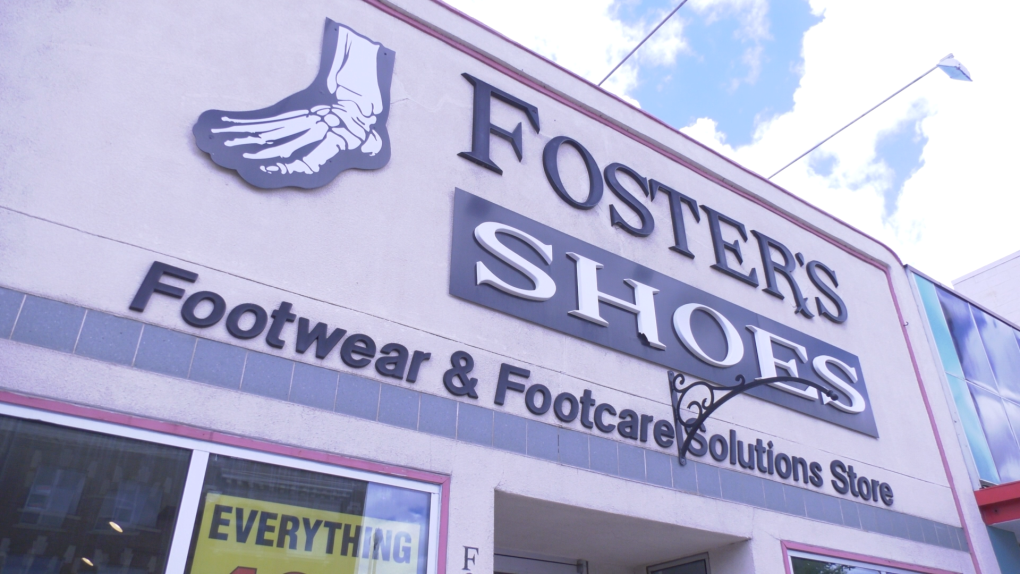 After more than 40 years of operations in Broadway, Foster’s Shoes will be closing its doors at the end of the month.
SASKATOON -

After more than 40 years of operations in Broadway, Foster’s Shoes will be closing its doors at the end of the month.

The family-owned business announced the news Tuesday on Facebook.

Manager Ray Romanski says choosing to close the store was a “complicated” decision. He says the pandemic and rise in online retail shopping are just some of the reasons he decided to close it.

His parents ran the store before him and after eight years of helping out, the reins were passed down to him.

“It’s the right time for me to make that change for my family, I got young kids,” he said.

Romanski says when the store’s closure was announced, there was a line of people waiting to buy shoes.

“It was nice to see that the store meant something to people for 40 years.”

Shoes are on sale for 40 per cent off and the sales will go higher closer to the store's closing date. Romanski says any remaining shoes will be donated to charity.

“I’m gonna miss the neighbours, the customers, the business colleagues, it’s all been an amazing learning experience for me,” Romanski said.

Romanski says his parents would be proud of the store and how far it’s come.

As Atlantic Canadians grapple with the aftermath of destruction caused by Hurricane Fiona, CTVNews.ca takes a look at major hurricanes that have wreaked havoc in the country throughout history.

A gunman opened fire in a school in central Russia on Monday, killing 15 people and wounding 24 others before shooting himself dead, authorities said.