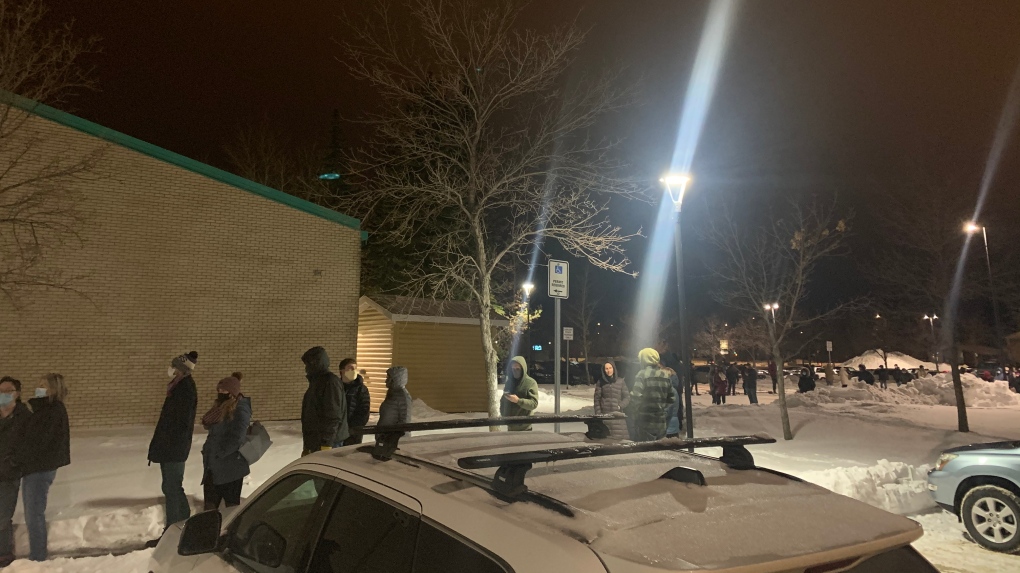 A long line could be seen outside Lakewood Civic Centre on election day. (Dan Shingoose/CTV News)

SASKATOON -- While the day started off quiet at the city's polling stations, some of the city's seven locations saw long line-ups as election day came to a close.

In a follow-up tweet the city said as long as voters were in line by 8:00 p.m. they could still cast their ballot.

"I just wish that there was some room inside the building so that we could keep people inside and not develop any symptoms," said one voter standing outside Lakewood Civic Centre around 7:30 Friday night.

In another message the city said as of 9:24 p.m., polls were officially closed.