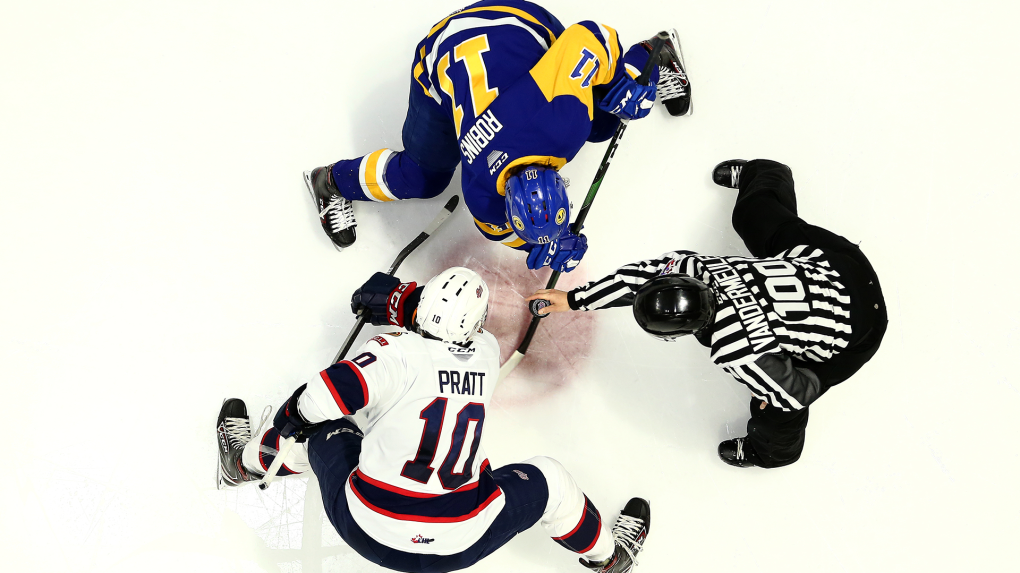 The Saskatoon Blades clinched a spot in the 2020 WHL playoffs, with back to back wins against the Regina Pats. (Photo Source: BladesHockey/Twitter)

SASKATOON -- The Western Hockey League has committed to playing a 24 game regular season, with the start date to be determined.

Saskatoon Blades’ president and general manager Colin Priestner said the decision to play came out of a conference call that lasted over four hours on Friday but leaves the league and teams facing several hurdles before they can hit the ice.

“From protocols, safety, insurance, logistics,” he said. “How big rosters can be, or how do we bring in players if there's injuries. How do we get a season in, what do we do if things get shut down in the provinces.”

In a news release, the WHL says all start dates are pending final approval from health authorities in each province and state, and it’s "anticipated the approvals will be received soon."

Priestner says there won’t be any fans in the stands, which will be very expensive for each franchise, and teams won’t be playing outside of their division, likely playing the same team multiple times in a weekend to decrease in cohort sizes.

The idea of a league championship is also in jeopardy, says Priestner.

“There could be a divisional playoff, but I don't think we have the ability to have a league championship at this point, given that we've got teams in different countries and the travel is going to be severely restricted.”

Despite the expense involved, challenges in getting play underway, and unlikeliness of handing out a championship trophy at the end, Priestner and the WHL say a shortened season is worth it.

“The Western Hockey League is committed to providing a season for WHL players,” reads the WHL news release. “This commitment ensures WHL players will receive the opportunity to compete at the highest level in the system and continue to pursue their hockey goals in the world’s finest development league for junior hockey players.”

“If there was no season here, we would have kids that would not be playing a game until September of next season, and that's just a year and a half of development, it would really hurt a lot of these kids' careers,” said Priestner.

“Getting these kids together for their mental health, and having them together with their teammates and training every day, and we felt there was too many reasons that we had to bring them back.”

For Blades’ captain Chase Wouters, who is in his final year of eligibility in the WHL, it’s welcome news.

“Especially for the older guys to get one last kind of run in the Western Hockey League,” he said.

The Lloydminster product says he’s been staying in shape by hitting the bike and lifting weights in his garage, as well as helping out with a skill development trainer, "on the ice kind of pushing pucks, following the protocols of course."

The WHL scholarship, which pays for one year of post-secondary education for each year played in the league, will not be affected by the shortened season, but Wouters says the lack of ice-time has "definitely cut into" the process of figuring out what to do after this WHL career is over.

“From a personal standpoint, I’d like to play this year, it's my last and it's the last kind of recruiting option, whether it's professionally, or whether U-Sports,” he said.

It’s also derailed Wouters’ chance at moving into the top three for the Blades’ all-time games played list. Before last season was cancelled, he was on track to finish his career with 332 games played, a tie for second place with Josh Nicholls, just five back of the all-time leader Paul Buczkowski.

“He has a son that plays with my billet brother, so I've talked to him a little bit and I knew I would fall a couple short of him [regardless],” said Wouters. “It's too bad, it's a bummer, but at the end of the day we're still getting be able to play”

Priestner says he’s looking forward to the day when fans can return to Sasktel Centre to see the Blades play.

“I would hope it'd be a sellout because I think it would be a very special day. Not just for the Blades, but for the city,” he said. “15,000 plus in that building, hopefully playing our biggest rival [Prince Albert], that would be a dream for us.”