PRINCE ALBERT -- The Lac La Ronge Indian Band is hosting a sacred ceremony this week as it searches a former residential school site for unmarked graves.

A ground-penetrating radar search is set to start on Saturday morning at the urban reserve near downtown La Ronge – the location of the Lac La Ronge Indian Residential School that operated between 1907 and 1947.

The ceremony, which will take place Friday through Monday, includes equipment blessings, speakers, feasts and a four-day sacred fire.

According to research from the University of Regina, the school was operated by the Anglican Church of Canada.

The building burnt down in 1920 before the government rebuilt it. 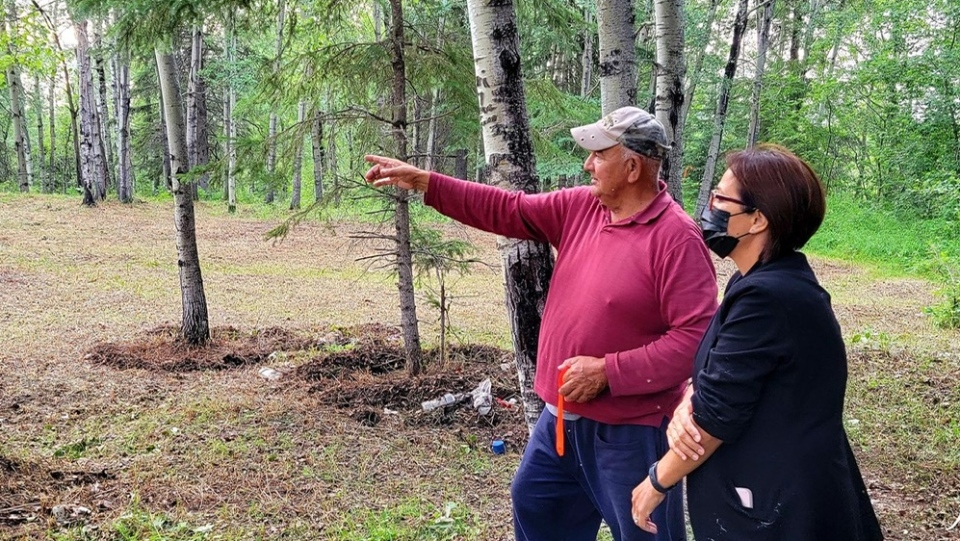 It remained a fire hazard, though, being rebuilt with green lumber and defective chimneys and didn’t have the funding for upkeep. The school also didn’t have any fire escapes.

The building was ultimately destroyed by a fire in 1947, which was deliberately set by two boys. Students were then transferred to Prince Albert.

The research also documents a measles epidemic in 1937 that’s believed to have activated tuberculosis, causing the deaths of several students. 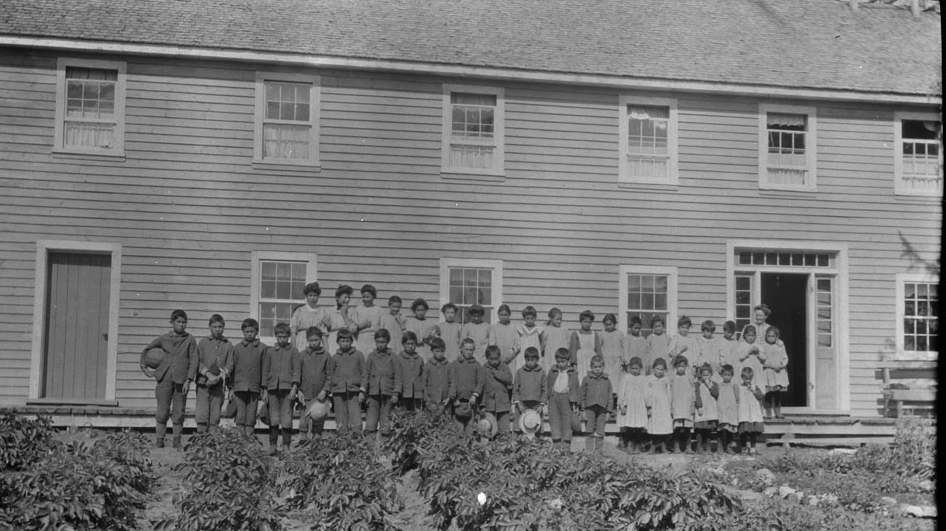 Lac La Ronge Indian Residential School students stand outside of the school by a garden in this undated photo. (Library and Archives Canada)

A tuberculosis specialist and Indian Agent criticized a lack of food – saying children “only receive Irish Bread and lard, oatmeal in the mornings and a little peanut butter once a week” – as well as poor ventilation and overcrowding.

A similar search got underway last weekend at the site of a former residential school in Delmas.