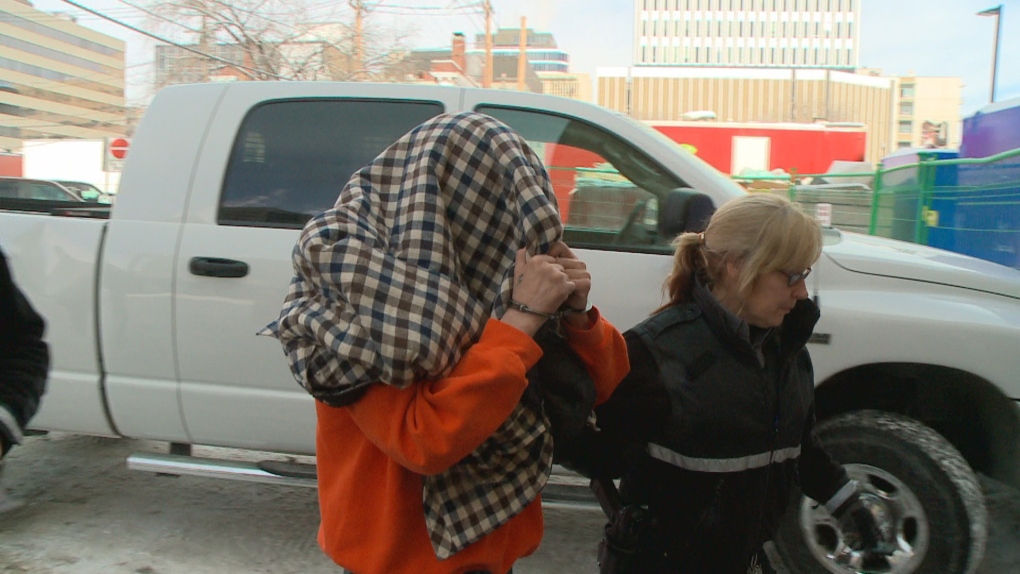 Johnathon Pickett covers his face as he walks into Saskatoon Court of Queen's Bench Friday.

A Saskatoon man was given a life sentence Friday after pleading guilty to a murder that happened nearly 24 years ago.

Foulds was found dead in her home on Avenue D South in July 1990. Police said she was sexually assaulted, stabbed and beaten.

Pickett was 19 years old at the time of the incident. He was charged in May 2013.

He will be eligible for parole in 16 years.