GLASLYN -- The lure of good duck and goose hunting has drawn Jason Gann and his brothers and nephew to Glaslyn from California.

They also come up to hunt whitetail deer. In fact, the good hunting brings them to Saskatchewan every year, Gann said.

“It’s just really quiet and peaceful, there’s everything to do here from hunting and fishing to snow sledding.”

The group of five will spend about six days goose hunting with the Saskatchewan Goose Company, which was started two years ago by Tyler and Shannon Mann. 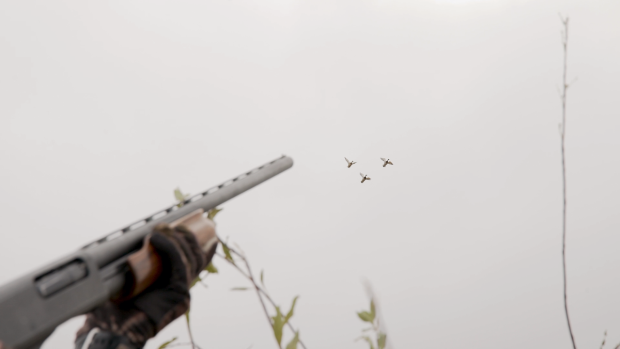 Mann had guided for J & S Whitetail Outfitting in the Glaslyn area for eight years before the couple moved there permanently from Ontario.

The couple took out a loan to build a lodge and buy furnishing and vehicles to make their business attractive to American hunters. Their investment is paying off.

The Saskatchewan Goose Company is booked to capacity with people on a waiting list. This year about 80 hunters will stay at the camp.

Mann's territory runs from the Alberta boarder north to Meadow Lake and south to the North Battleford area.

Mann is consulting Saskatchewan Tourism to fill his lodge during the winter months. He’d like to promote snowmobiling packages to foreign residents. The future of outfitting is growing into adventure tourism, he said.

“For the slow time of year, what we’ve been doing is working with Tourism Saskatchewan and are trying to bring more people to the area for sledding and using the lakes up north," Mann said.

Mann’s presence in the Glaslyn area has boosted the local economy. The village has a population of 380. Mann employs two guides and a cook. He buys his gas and pays for repairs locally.

“The restaurants, the taverns, the gas shops, the hardware stores they’re all busy. It lasts from the beginning of September until December,” Mayor Ken Morrison said.

He wants to promote economic development of outdoor adventure businesses.

“We are a definite four season area. We have a major snowmobile trail here, that runs from the Battlefords, through Turtle Lake and goes all the way to Meadow Lake. We have golf courses all over the place.” 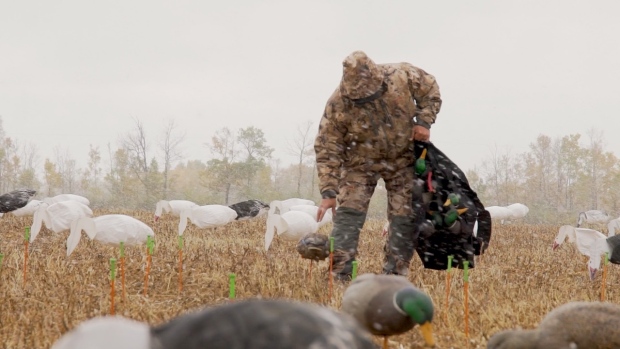 Foreign hunters pay between $2,000 to $5,000 USD in fees to outfitters for hunting experiences. The cost of travel, licenses and ammunition is often not included. In autumn in Saskatchewan, water fowl, deer, bear and fishing are the main attraction.

The Saskatchewan Ministry of Environment reports 12,174 Non-Resident Game Bird Licences were sold for the 2018 licence year. Based on Hunter Harvest Survey statistics, 99 per cent of non-resident hunters were hunting waterfowl.

In 2017, the outfitting industry added an estimated $126.4 million to provincial Gross Domestic Product and created 5,144 jobs, 4,041 of which were in northern Saskatchewan, according to a study commissioned by the Saskatchewan Commission of Professional Outfitters.